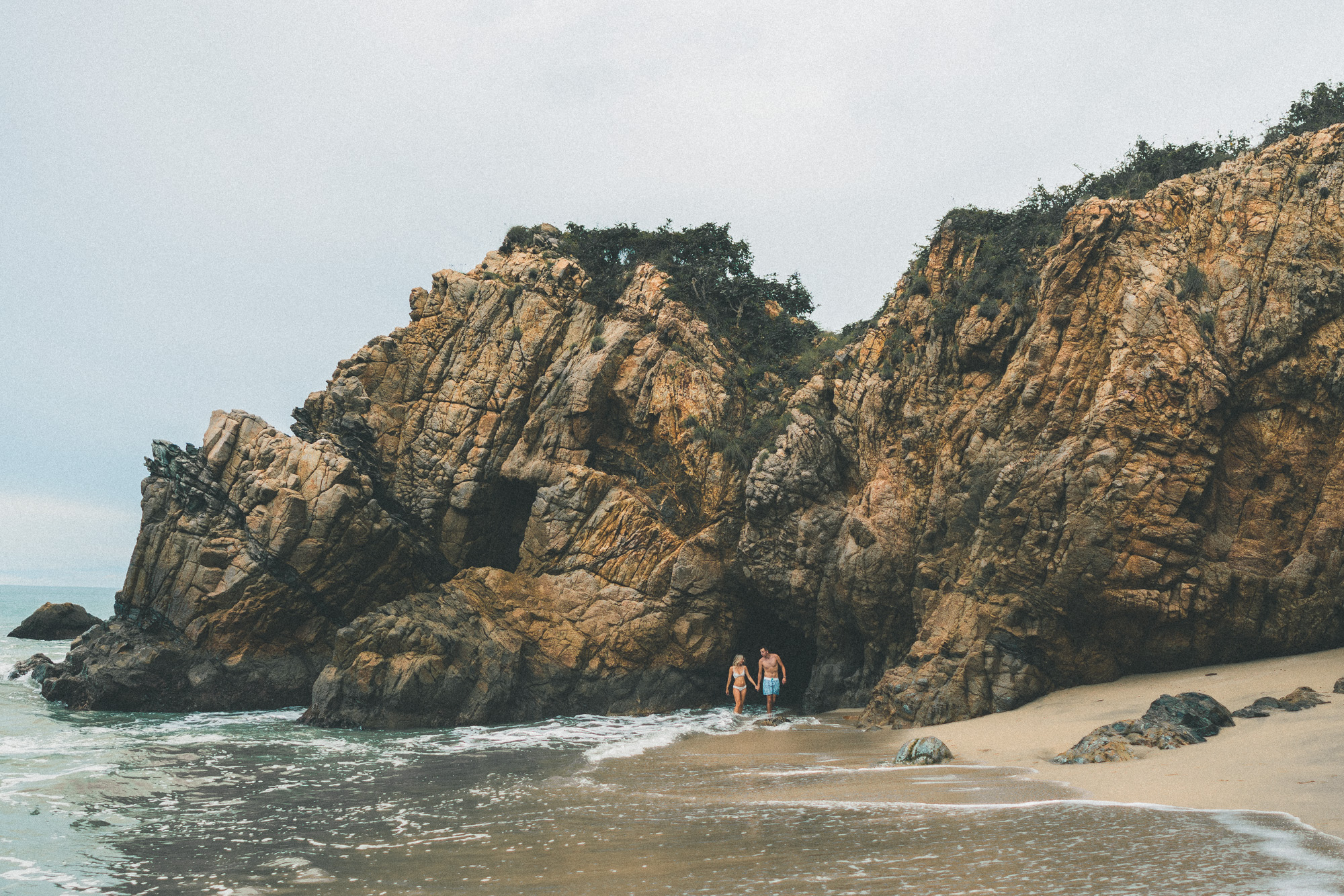 It’s been a little over a year since my last life update about our travels after leaving Los Angeles last year, to travel and move to Europe. And I’ll be honest — there’s been some changes!

We’ve had more and more people reach out to us lately about how we did it and how we can afford to keep traveling. Ironically, one of the reasons I was inspired to write this post (and how I can afford to write this post rather than be in an office!) is because I started a travel Instagram account and it helped me learn about being a digital nomad, travel blogging and starting my own company.

Take for instance the show Discovering Routes. The team behind the show reached out to Jacob and I because they found us on Instagram (more on this later). Our story spoke to them: the show is about Garrett Gee — an adventurous guy who also started an Instagram account after leaving to travel — exploring the country his parents grew up in, the Philippines.

The show immediately got my attention. I don’t think I’d be living abroad right now if it weren’t for my love for travel from an early age, visiting the country where my dad grew up (The Netherlands) and where my mom spent her summers (Cyprus). I am a traveler now because I was hooked early on. 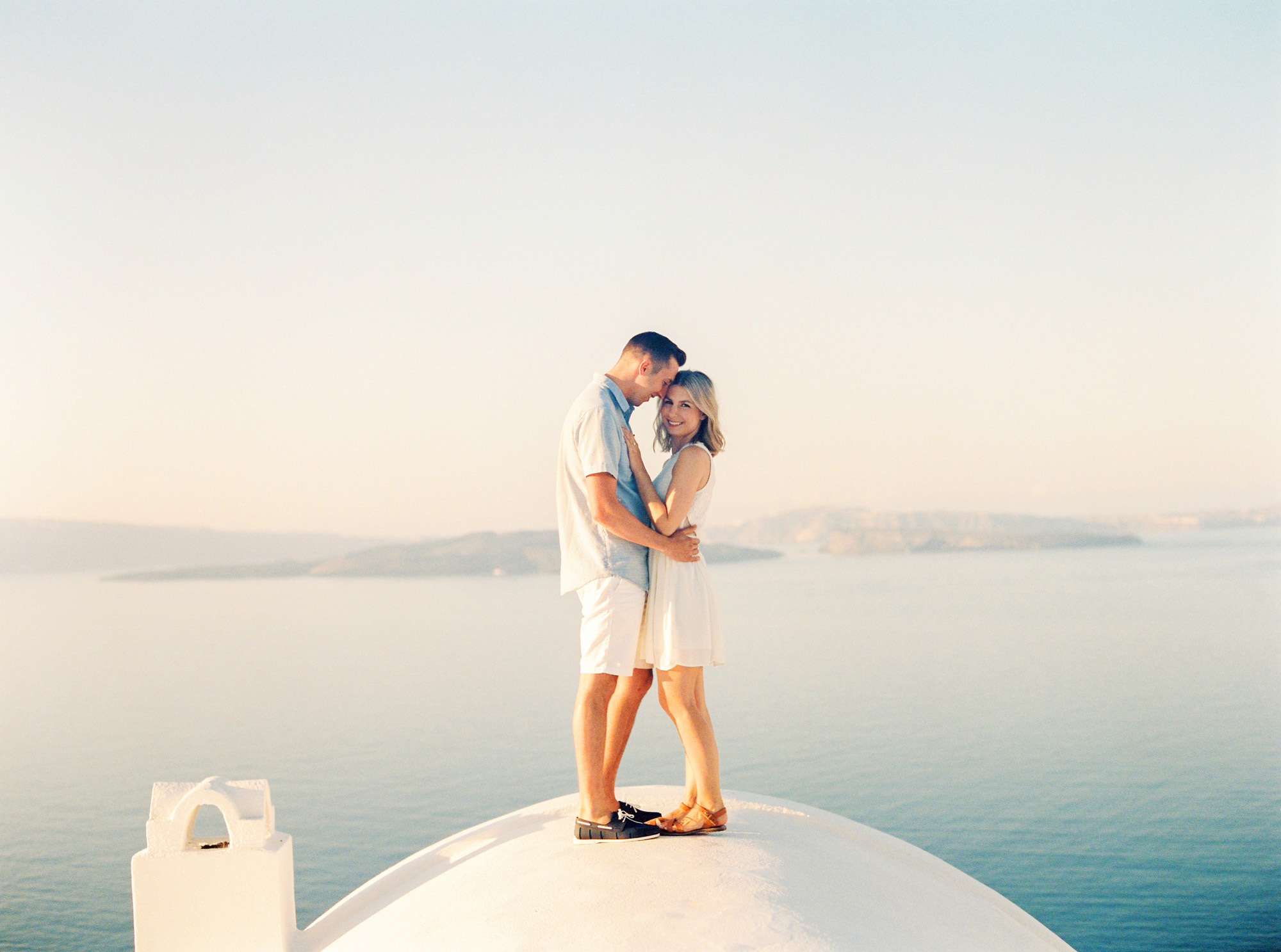 Our engagement shoot in Santorini last year. Jacob proposed to me the day after we left to travel. More photos. 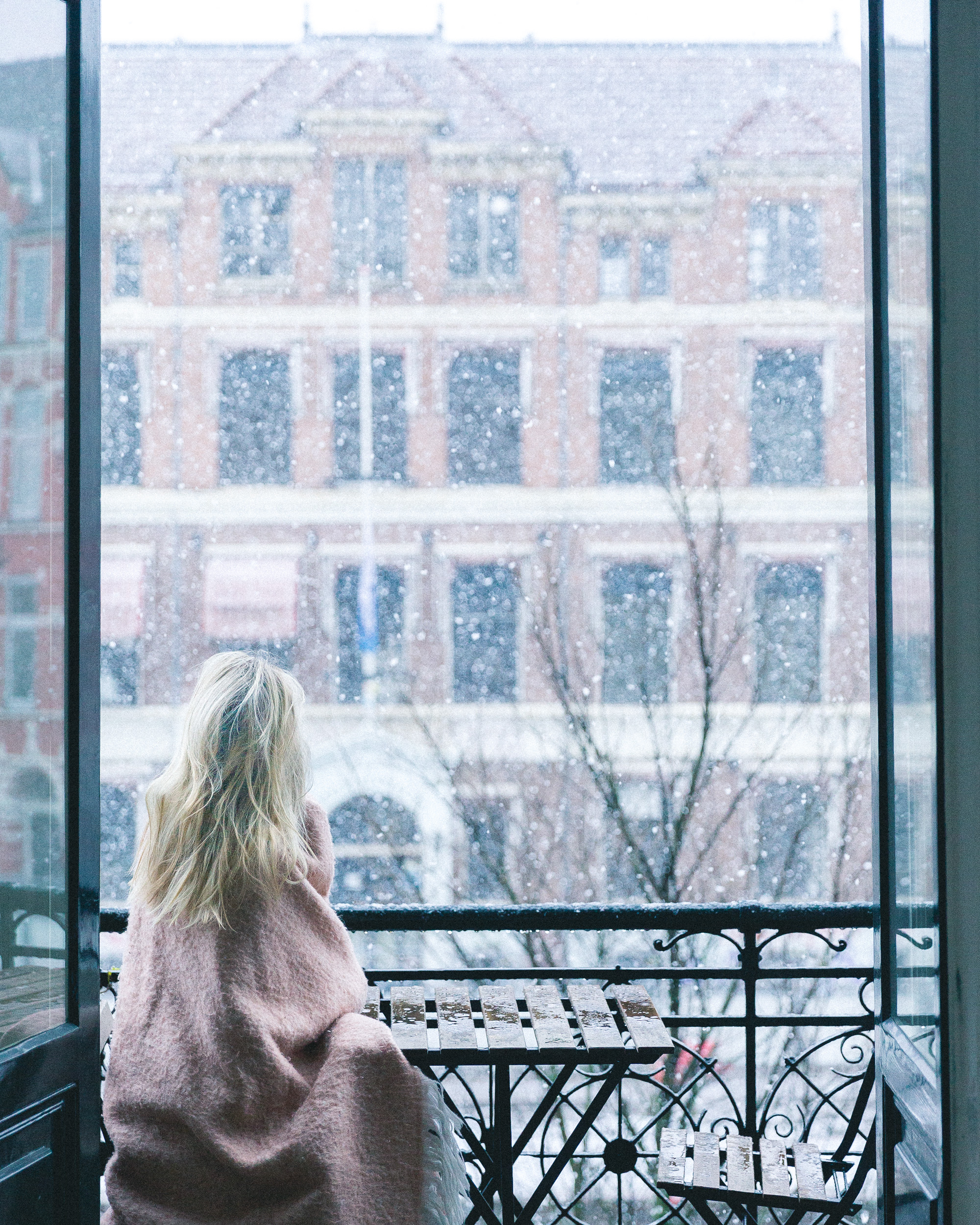 Watching snow from our Amsterdam apartment this past winter. I’ve wanted to live in The Netherlands ever since visiting at the age of 5.

Fast forward to our decision to move to Amsterdam, after fantasizing about the idea for a long time beforehand. The original plan was to give ourselves one year. We weren’t sure if we’d like living in Amsterdam — spending a week or two in Europe every few years is pretty different from moving there. But true to the way I felt every time I traveled there growing up, I fell in love with it even more after we moved into our apartment. It feels like an adventure daily, and I can’t help but enjoy it because I followed my gut to do something crazy enough to uproot both of our lives and live there. So, I love it.

But the best part that I could never have predicted, that’s kept us on this crazy journey even longer: I turned what I was passionate about into a way to sustain our travels and create a new career for myself. 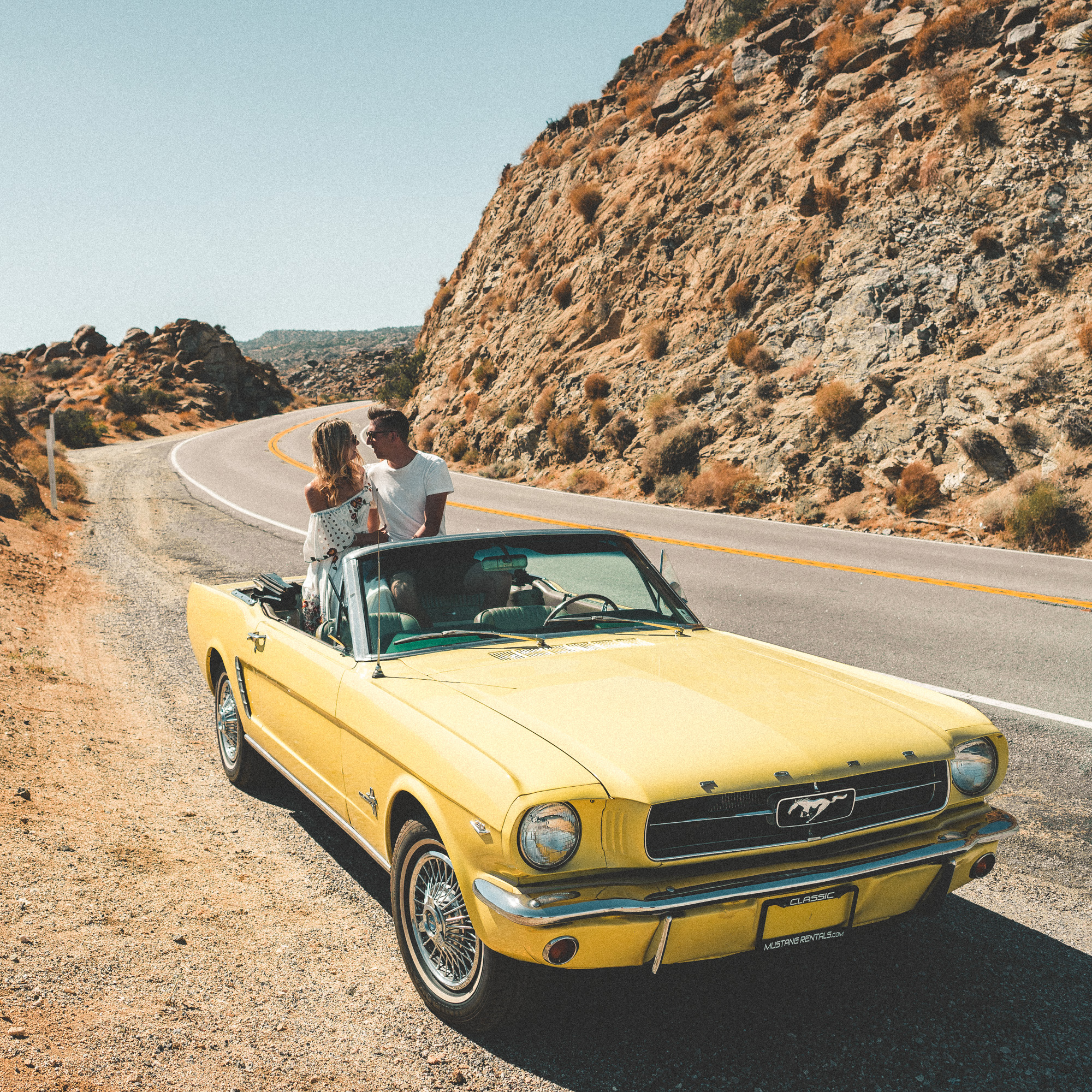 On a drive through Palm Desert during a video shoot for Hard Rock Hotels this month. 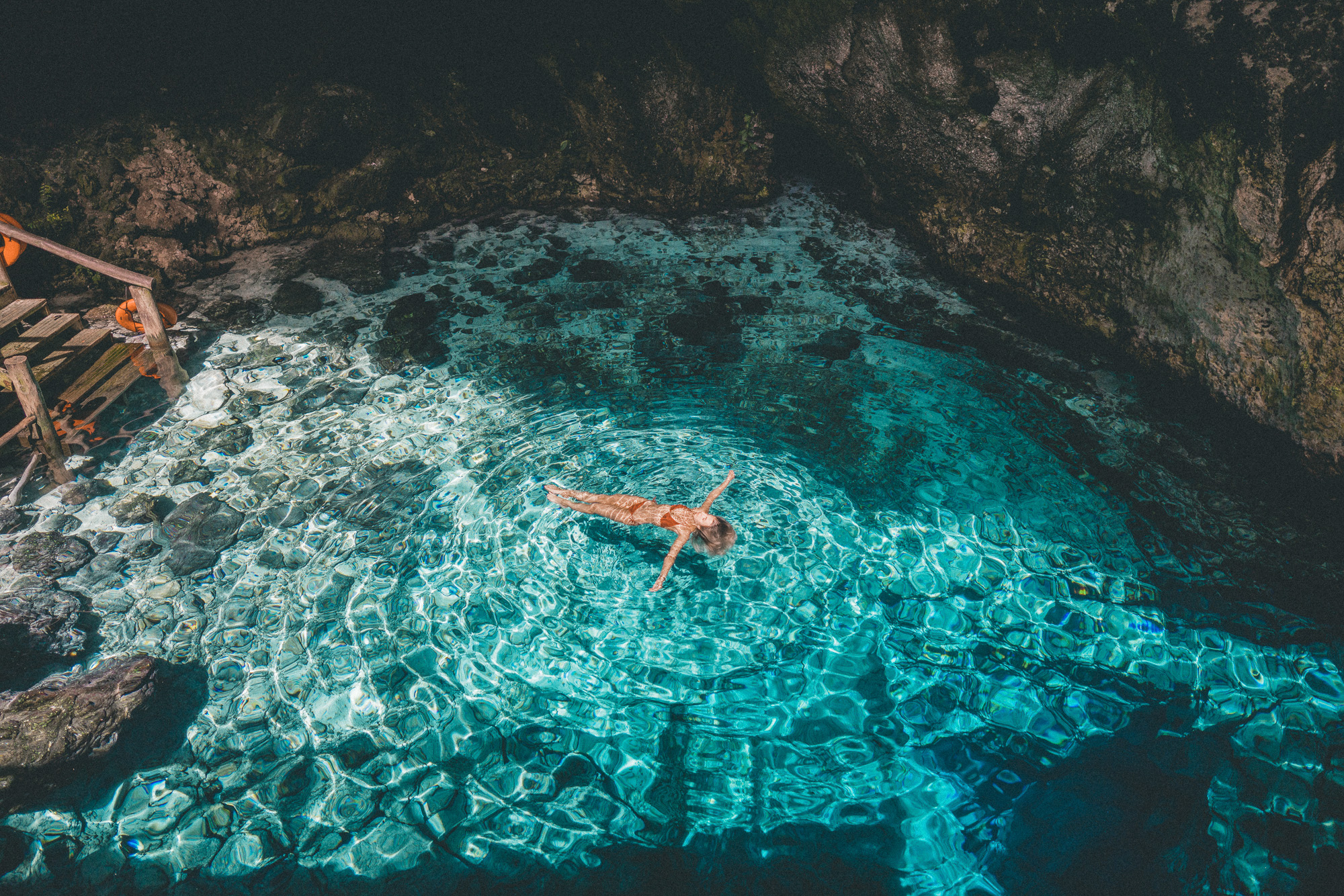 Floating in the ‘Hoyo Azul’. We shot a campaign with Barceló Stories in the Dominican Republic in May.

After a couple months our Instagram started getting attention: we were hearing from other people who left to travel like we did, and people who were also considering moving abroad or traveling full time. We received messages from old friends and colleagues who were interested in what we were doing. We heard from new friends who wanted to meet up with us. And we started getting reached out to from hotels and companies who wanted us to visit them, or work with them, or share them because what we were doing inspired them and spoke to the audience they were trying to reach.

So what did we do? We became even more inspired. With Jacob’s help I launched our blog last June, so we could share more photos and stories and travel guides for some incredible places we’ve been. We started talking to more people. We started taking more photos. And we started working together on projects and photo shoots and videos, mostly with the companies finding us on Instagram.

We learned each other’s strengths and weaknesses by working together (if you’ve read some of our Instagram posts, for example, you know Jacob is colorblind — he shoots, I edit.) We created a second website to show off our professional work. We started growing a business together.

Side note: if you really want to test if you’re right for each other: try moving to another country and starting a business together in the same year, right after getting engaged and while simultaneously planning a wedding. You’ll know pretty fast.

When we got married last month my dad referenced an old piece of advice he gave me for my career during his speech: “Find out what you love, and become the best at it. That’s the key to success.” He joked that as it turns out, I figured out what I love the most – travel. And then he joked that his advice backfired a bit because now I’m never home…so he’ll hold off on the marriage advice. 😉 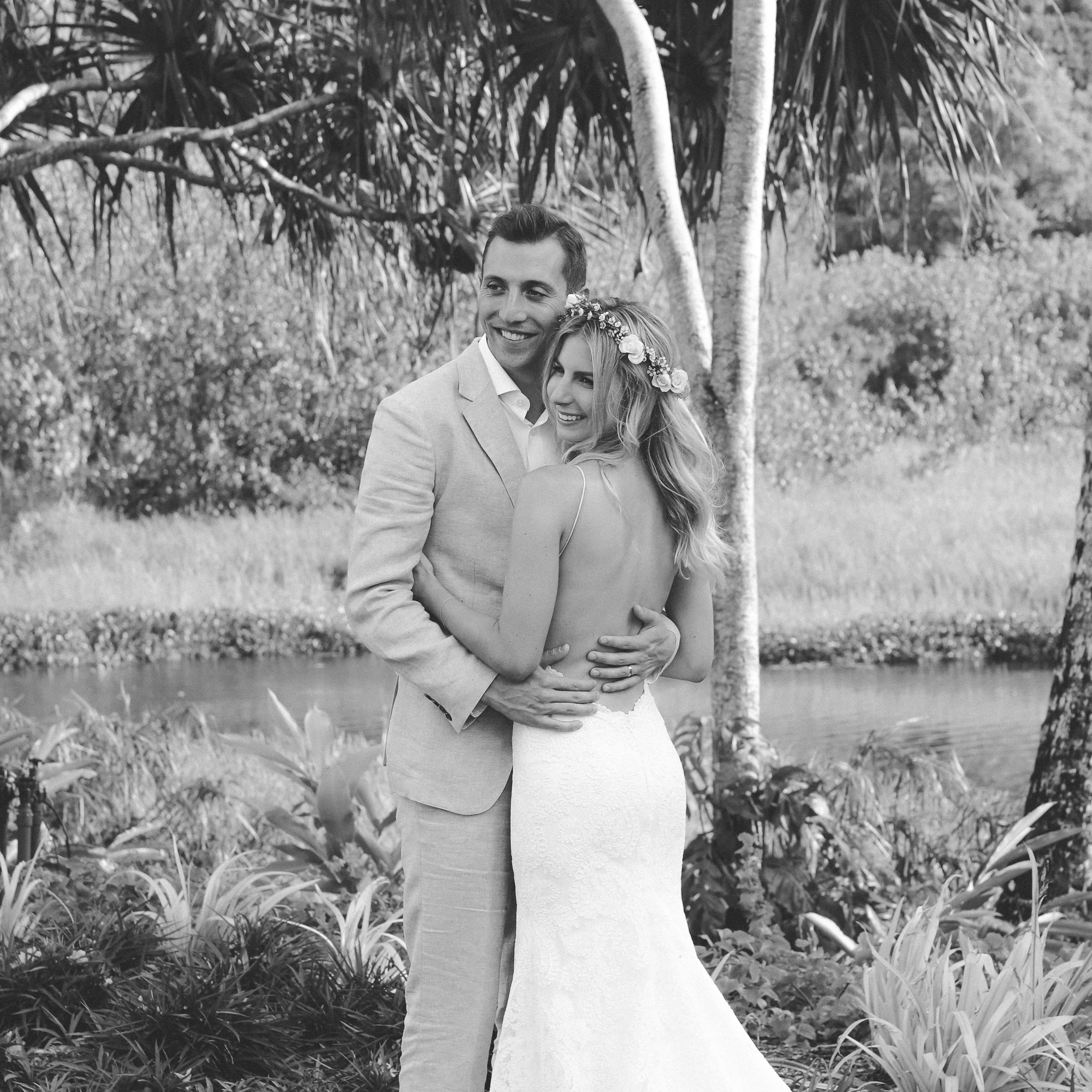 A snap from our wedding day in September from one of my friends! More photos from our Kauai wedding day.

He’s right though. I did find out what I love the most and I intend to keep getting better at it. Just as the other travelers I’ve met have, as my dad has, as Garrett from Discovering Routes has. If you’re that passionate about something, you can always find success if you’re willing to work for it.

So thank you all for inspiring me, and for kicking off this crazy ride I’m on. And thanks to ABS-CBN Global Studios for turning me on to Garrett’s story, letting me share it in the hopes you’ll find inspiration like I did, and for helping me continue to grow my blog. It’s changed my life.

I’ll happily say it again — thanks ABS-CBN Global Studios for sponsoring this post.

Incorporating More Nature Into Your Travels