How I (Didn’t) Quit My Job to Travel The World 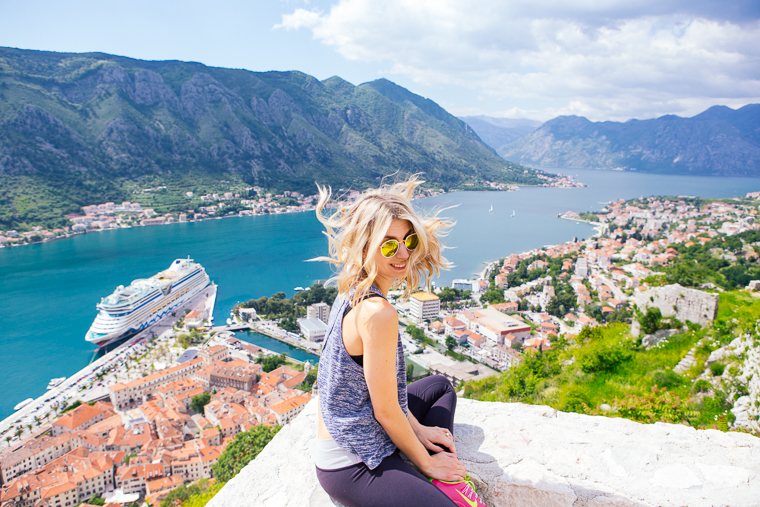 I’ve been getting a lot of questions lately on how I made the decision to leave my life in L.A. to travel and move to Europe. This is the story of how I got there.

It’s always been a dream of mine to move to Europe. I can still remember the first time I hopped on a plane with my family at the age of 5 and touched down in a completely different world. Growing up, traveling each summer was the norm — my father’s side of the family is Dutch and my mother’s side is Greek. My childhood was a European daydream interspersed with real phone calls to our family abroad, and I always wanted to be on the other end of the line.

Still, I grew up very much American. My parents never spoke to each other in their native languages. My summers were spent abroad, taking pictures that I would later show in my high school photography classes. I eventually moved down south for college, and during my senior year I told my parents I was relocating to Europe as soon as I graduated.

Then reality set in.

I had a job in L.A. and an “in”, so I stayed. I took a new job, and another. All of a sudden it was four years later, I was 25, and I hadn’t so much as applied to work for a single company abroad. Meanwhile, Jacob and I were living the L.A. lifestyle: spending weekends on the beach, visiting friends, and overspending at trendy restaurants. But the allure of the European lifestyle was constantly on our minds (and as Jacob would attest: I never let him forget about it). I eventually convinced him we should go for it, but neither of us could make the jump to actually uproot our lives and leave the country.

As anything goes once you have your mind set however, the more time I spent in L.A. the more I felt like I was holding back on my dreams. I wasn’t ever fully ingrained in the life I had there, because my heart was somewhere else. And I was tired of coming up with excuses to stay that revolved around my friends or my job.

It was clear that I needed to move abroad in order to move forward with my life. 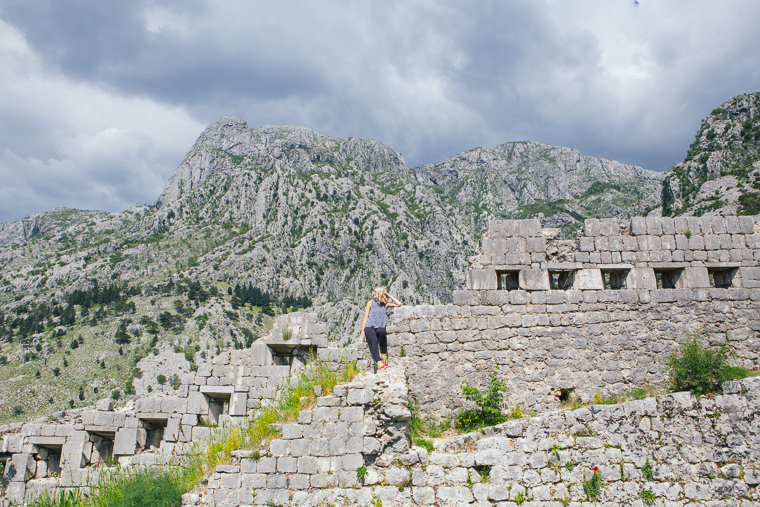 Lost in the mountains of Montenegro

So instead of speculating about the future, we put on our big boy (and girl) pants and set a date: June 1st. On June 1st, we’d move to Amsterdam. Before then, we’d travel.

We gave ourselves six months to plan. Plenty of time to pull everything together, so we thought. Wrong. Those few months were a disorganized mess of figuring out financials to move abroad, job discussions, visa logistics (I’m a dual citizen, Jacob is not), housing options, moving out, and then actually planning our travels before we set up our home base in Europe. Needless to say, my caffeine intake hit an all-time high.

Here’s the thing about deciding you need to follow your dreams though: you figure it out. And so we did. That’s how in March we left California to embark on an extended adventure abroad, all the while transforming our careers and our lives to fit into an on-the-road schedule instead of a 9-to-5 schedule.

But, wait a minute, you’re thinking: how did I just change my life to working while traveling? 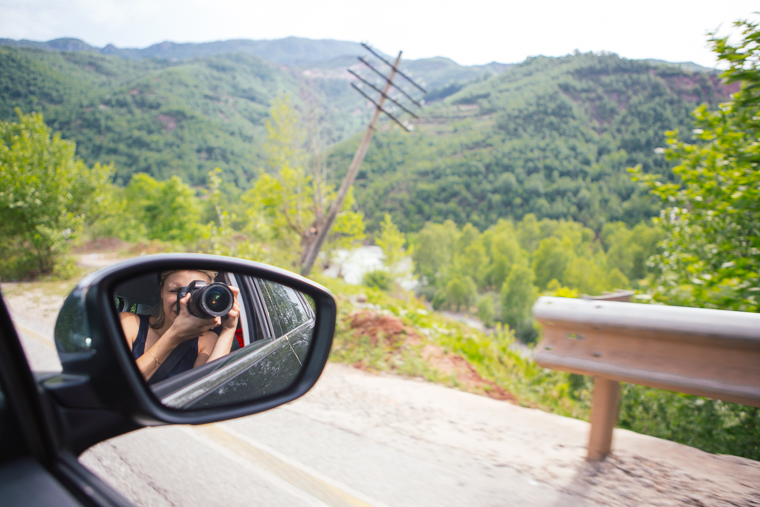 Well, instead of providing advice on a travel-related career changes or money making websites, I’ll tell you exactly what happened: I came to terms with the fact that I’d have to leave the comforts of financial security and my job, and when I finally made the move to leave — it didn’t happen. I was offered the opportunity to work remotely.

It’s at that point when I realized that I had trusted my intuition much more than I anticipated. Don’t get me wrong…I never could’ve predicted being offered the option to work abroad. I had originally taken my job because I loved the company and the people (and simultaneously turned down an offer to work in the travel industry — how’s that for irony?). But in the end, I worked hard to prove myself. My company believed in me, and I had taken a chance somewhere knowing it meant something greater.

I truly think that’s the lesson here. You’ve probably heard there’s no right time to quit your job to travel, and I’ll entertain that statement. But there is a time when you will have the right attitude to do it. That time came for me through my own fear of never traveling, and a mixture of planning, acceptance, and luck.

Humor me and consider the alternative: I would have quit my job, done some traveling, and still moved abroad. Upon arrival, I probably would have applied to a few great jobs and some not-so-great jobs (most likely from being worried about not finding anything), and then after a lot of searching, I would have found something acceptable and breathed a sigh of relief. Or, I would have done my traveling and returned home to embark on a new adventure.

The story doesn’t end with me being homeless on the streets in Europe, and it won’t for you either. 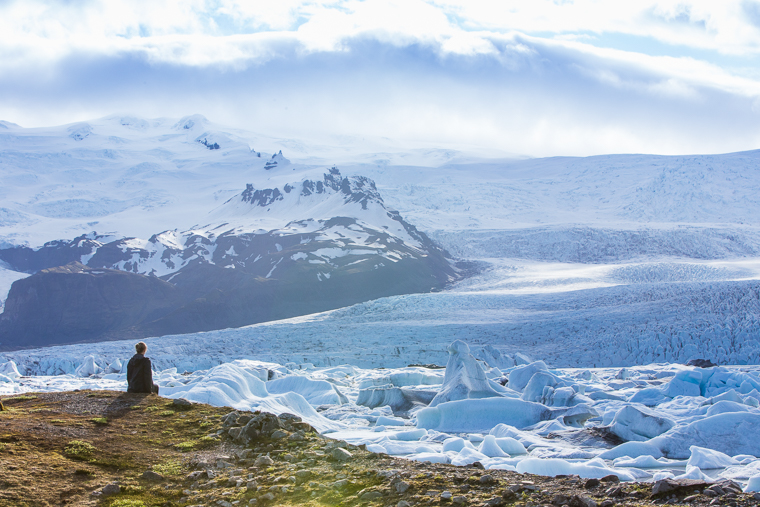 I believe we’re most capable and accepting of change when we’re compelled to make the steps to do it. I had lined myself up for this move more than I ever realized: primarily by choosing to be with someone who shares the same goals as me, and by choosing to take a leap of faith, knowing that I’d be able to overcome obstacles on the way. In the end, that’s what got me there. And that’s what will get you there, too.

So next time you ask yourself why you haven’t made the move to travel or follow your dreams: instead of focusing on everything tying you down, focus on all the paths you laid down on your way to get there, and where the next one is lined up to take you.

You’ll get there in time. 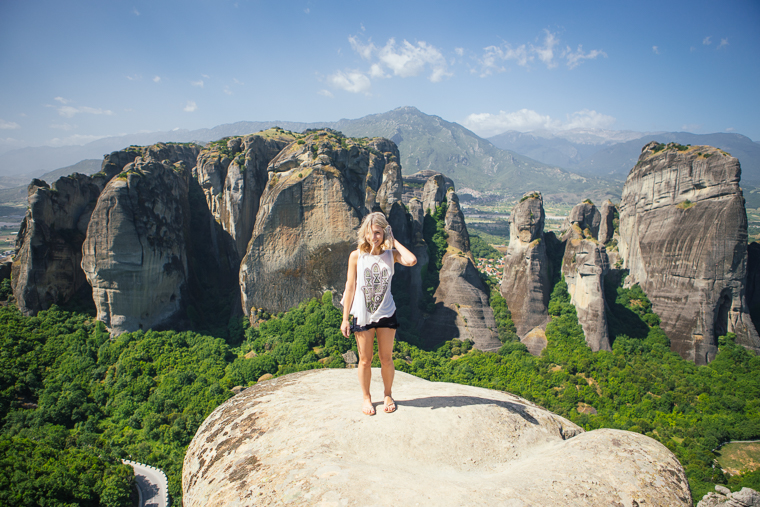 On top of the world in Meteora, Greece

And if you’re still not convinced, check out these companies designed to combine work & travel: Remote Year, WY_CO and Hacker Paradise.

So, what’s holding you back? I’d love to hear about it in the comments below.

This Is The Travel Item I Use The Most

Your Favorite Posts of 2018