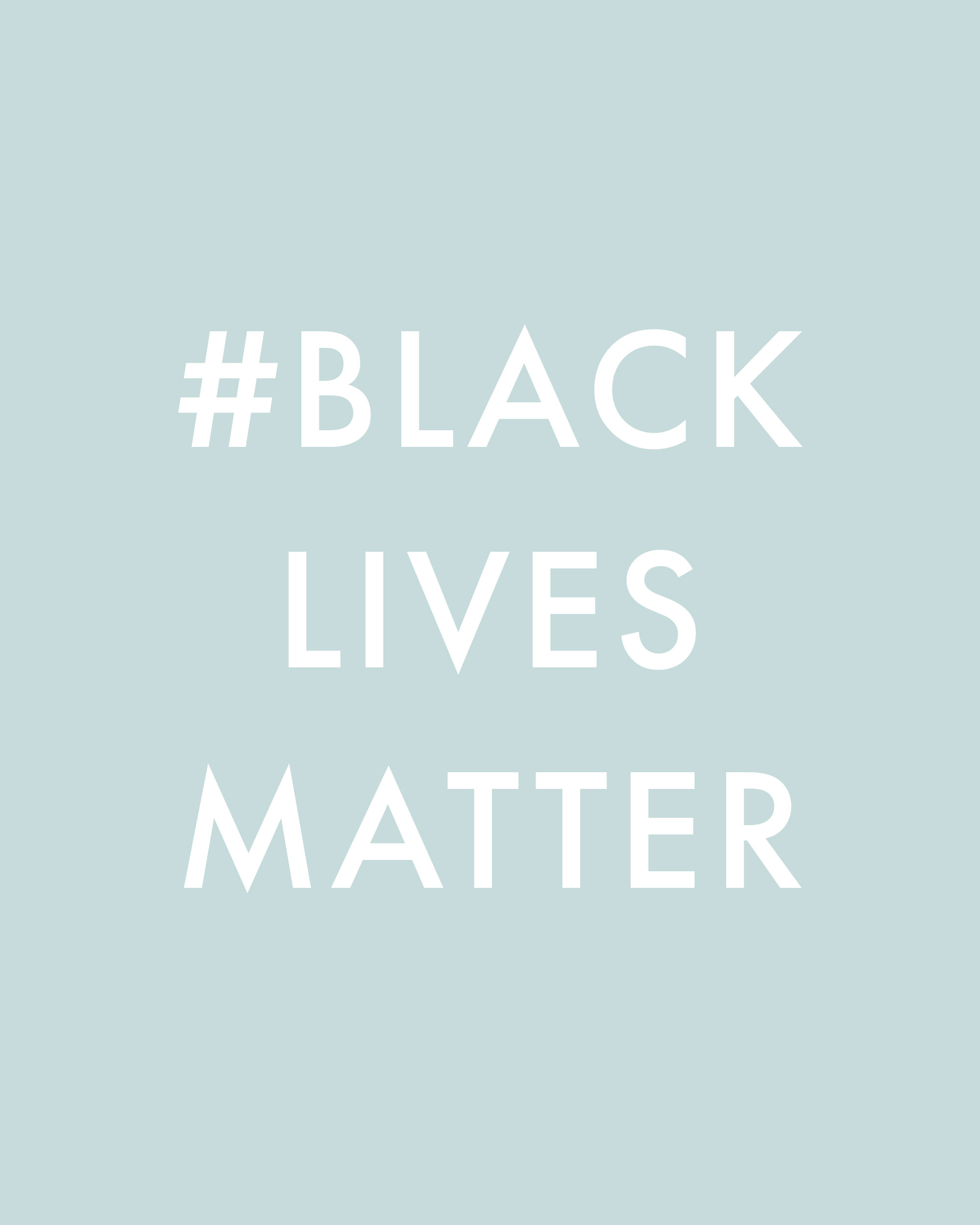 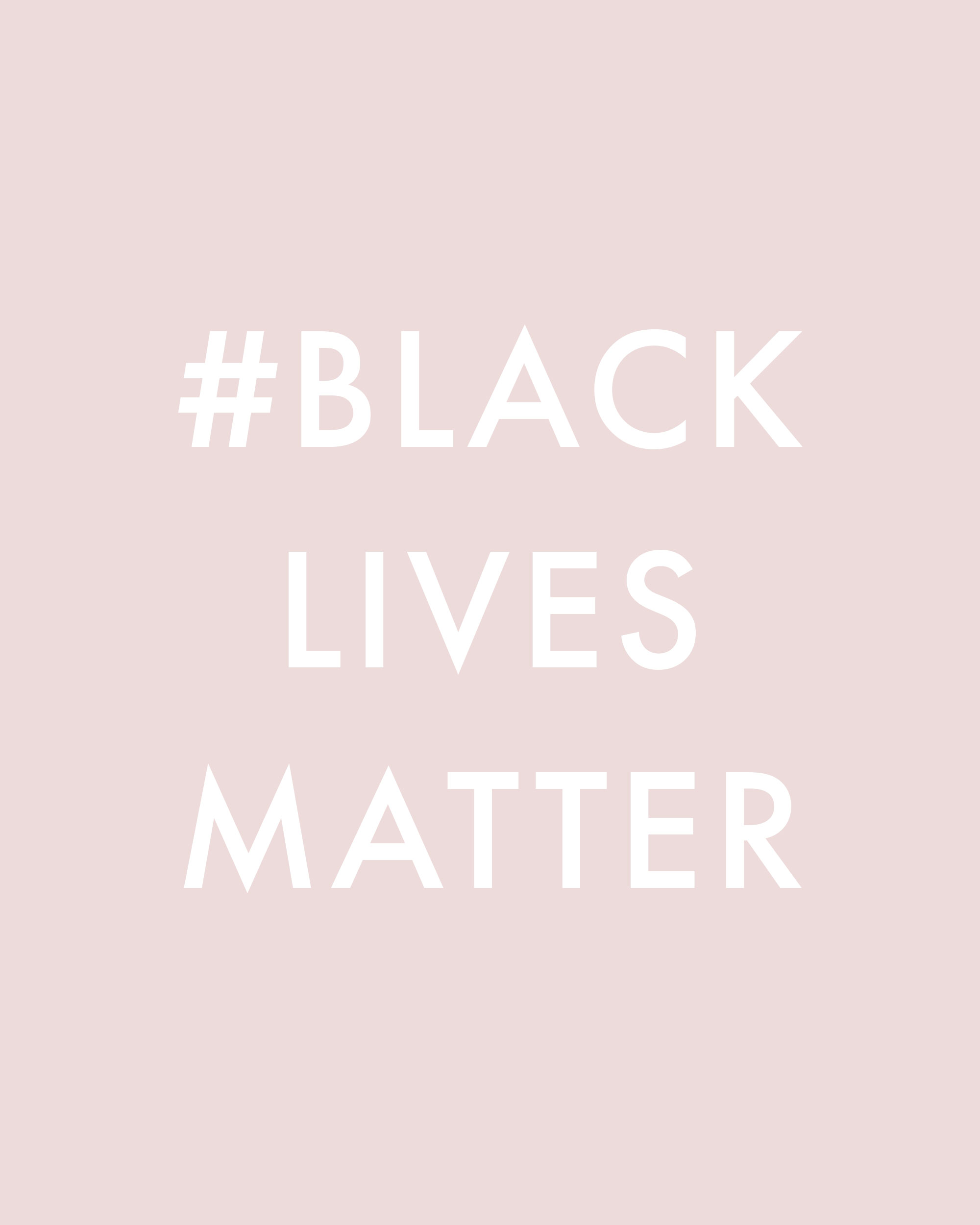 With so many anti-racism resources from the #blacklivesmatter movement on social media right now, I curated a list of books, films and podcasts that stood out to me. This isn’t meant to be the most comprehensive list out there, nor did I originally plan on sharing it on my blog. It began as notes on my phone that I intended to add resources to as time goes on. However, after saving numerous infographics throughout the week, I realized it may be of use to share it in a more permanent place (namely, outside of Instagram stories).

Before I continue, know that I intend for this post to speak to those in a similar position to my own — specifically, those who do not have lived experiences as a person of color. We are the ones who have a responsibility to learn and stand in solidarity with those who do. These resources are for you if you’ve spent the last week listening and learning, and now desire to learn more about being vocally anti-racist and committing to take action. Make no mistake, I am not the authority on anti-racism practices. As a white, privileged individual I will also never be one. But I recognize that I, like so many others, will have to actively work to unlearn prejudices and continue to do my own work to be an ally to the Black community.

Over the weekend I listened to a podcast featuring Ibram X. Kendi, the director of the Center for Antiracist Research. A concept that resonated with me was his explanation that an ‘anti-racist journey’ has no start or end date. To be anti-racist means to admit that we have racist tendencies, and we have to actively work against them. Learning about systemic racism, white privilege, and how to be an ally is ongoing. I curated my own list in order to start taking more meaningful action in my journey. Now, I’m sharing it here in the hopes that it’s useful for your own.

Books – I’m currently working my way through White Fragility on my kindle. I also downloaded How We Fight For Our Lives (a memoir about growing up as a gay Black man from the South) and How To Be An Anti-Racist (also recently featured in Brene Brown’s podcast). I connect with personal stories and found the memoir by browsing similar titles. A favorite of mine that’s particularly relevant to this movement is The Sun Does Shine. I also saved this list of Black-owned bookstores in the U.S. to simultaneously support the community with your book purchase.

So You Want To Talk About Race – user-friendly explanations of casual racism in the U.S. and how to have honest conversations about race.
Just Mercy – a powerful call to fix our justice system, based on the story of Bryan Stevenson (founder of the Equal Justice Initiative).
Black Like Me – set in the deep south in the 1950’s, journalist John Howard Griffin used medication to darken his skin. He exchanged his privileged life as a white man for the disenfranchised world of an unemployed Black man.
Why I’m No Longer Talking To White People About Race – how to see, acknowledge, and counter racism, this award-winning book originally shifted conversations in the U.K.

Films – this past weekend I watched 13TH on Netflix, a film I’ve seen come up quite a bit the last few days. It’s especially useful in explaining the connection between our justice system, underprivileged communities, and the Black population. Also on Netflix: The Racial Wealth Gap (a short 16 minute episode in the ‘Explained’ series). Below are other films I’ve recently added to my watch list (I noted Netflix titles).

Whose Streets – covers how the killing of 18-year-old Michael Brown inspired the Ferguson uprising and sparked a global movement. This is the story as told by the protesters.
Always In Season – this film dives into the history of lynching in the U.S., and how this violence has continued to permeate the world today.
Central Park 5 – an examination of an 1989 case of five Black teenagers who were wrongfully convicted of rape. After they spent years in prison, a serial rapist confessed to the crime. There is a also a true crime docuseries that covers this story, When They See Us (Netflix).
Rikers – a look into the culture of violence and corruption that has plagued the notorious New York City jail for decades. Time: The Kalief Browder Story (Netflix) follows a teenager wrongfully charged with theft and jailed at Riker’s prison.

Podcasts – the last few days I swapped out my typical morning routine to drink coffee and listen to a podcast. I mentioned Brene Brown’s podcast episode with Ibram X. Kendi above. I’m working my way through this episode with Ta-Nehisi Coates on The Ezra Klein Show right now. I’ve also saved Speaking of Racism and Black&. This spotify list is the most comprehensive round-up I’ve seen and one I’ll be referring back to later on.

Organizations – if you’re thinking of making a donation, check out this resource to ensure the organization you’re supporting is in line with your goals and will make a positive impact. A few organizations I recommend checking out are Color of Change (a non-profit dedicated to championing solutions for social change), Equal Justice Initiative (focus is on ending mass incarceration and excessive punishment in the U.S.) and NAACP (aims to build political power and ensure the wellbeing of communities of color).

Social Media – @eji_org, @blklivesmatter and @ibramxk have served as great resources for me during this time. They will also continue to share relevant content about racism and justice work moving forward. I’ve discovered a number of new accounts on instagram as a result of this movement, and over the weekend I shared inspirational travel accounts run by Black women to diversify your feed.

Small Businesses – one of my favorite compilations of small businesses is this blog post on 26 businesses owned by women of color. I also saved and have been referencing this round-up of clothing and lifestyle brands and this round-up of Black-owned indie beauty brands.

How We Organize Travel Photos

How To Choose The Best Camera (And Lens) For Travel Photos