6 Reasons I Love Living in Amsterdam 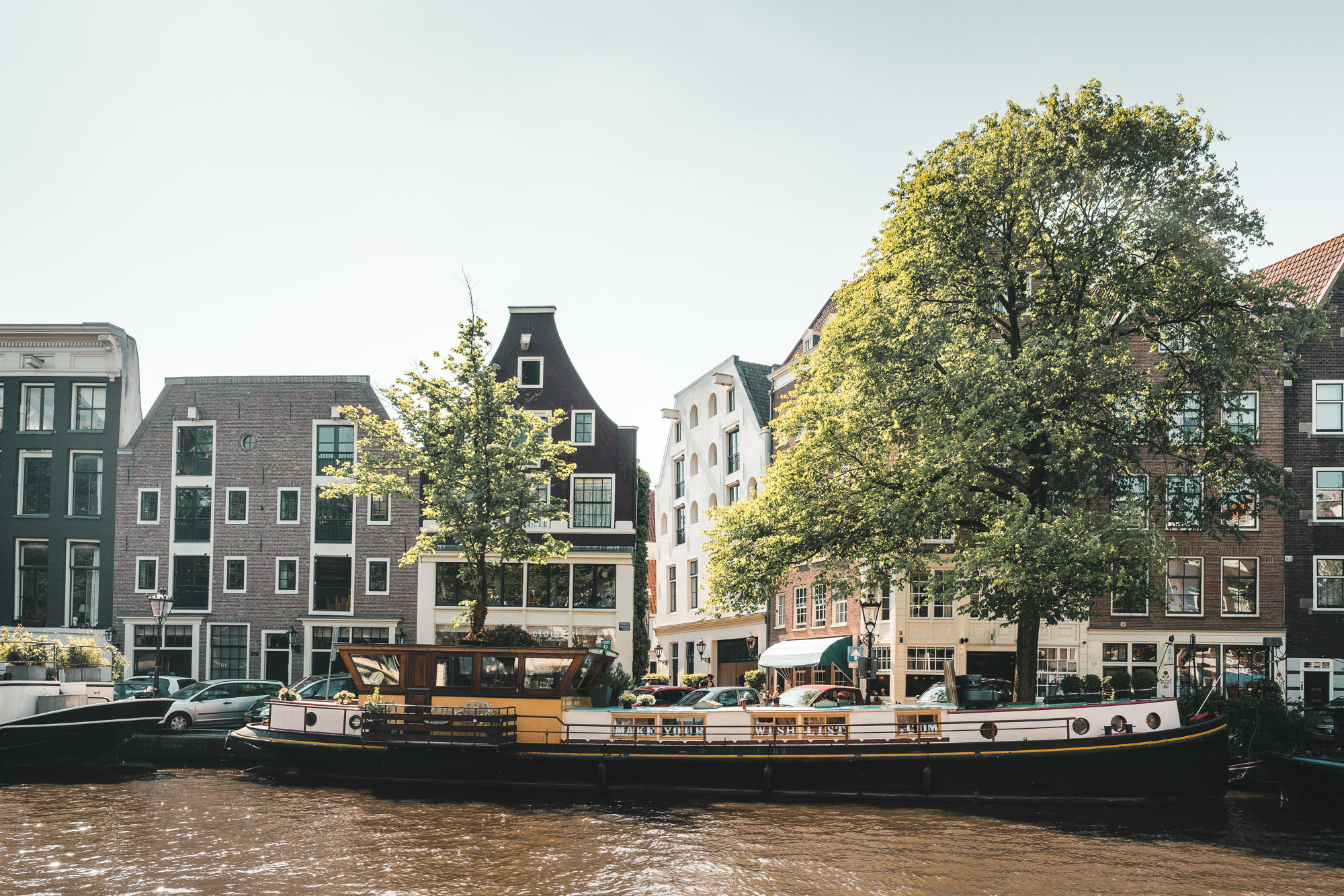 Though we’re rarely home in Amsterdam for months at a time, I still feel a sense of relief every time we return. The first thing we always do is open our windows to our front balcony (as long as it’s not raining!), sit outside and watch the canals. I’ve fallen more in love with living in this city than I ever imagined I could. We often get asked why we chose living in Amsterdam over other European cities. There’s so many reasons I love living here, but these are the first that come to mind… 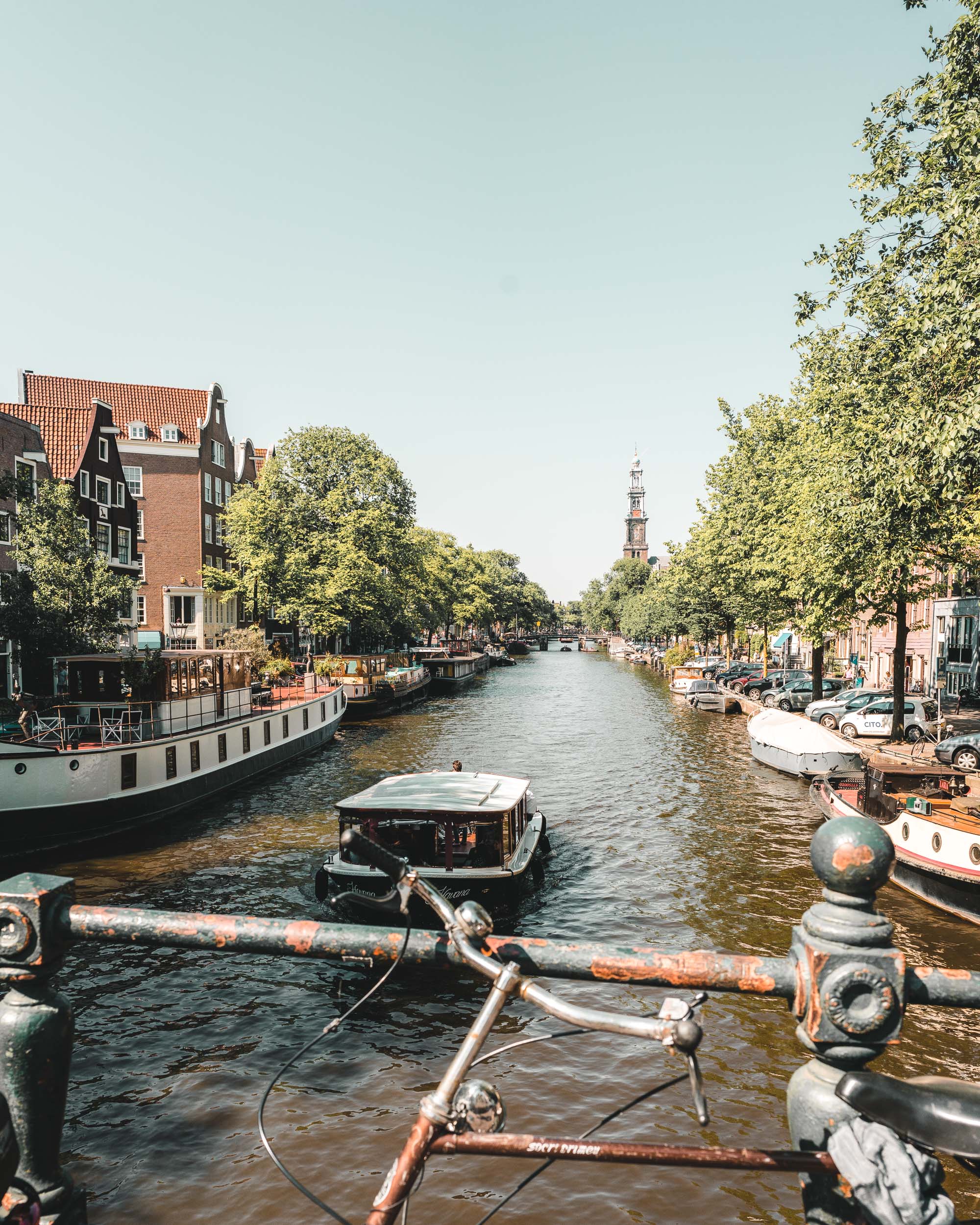 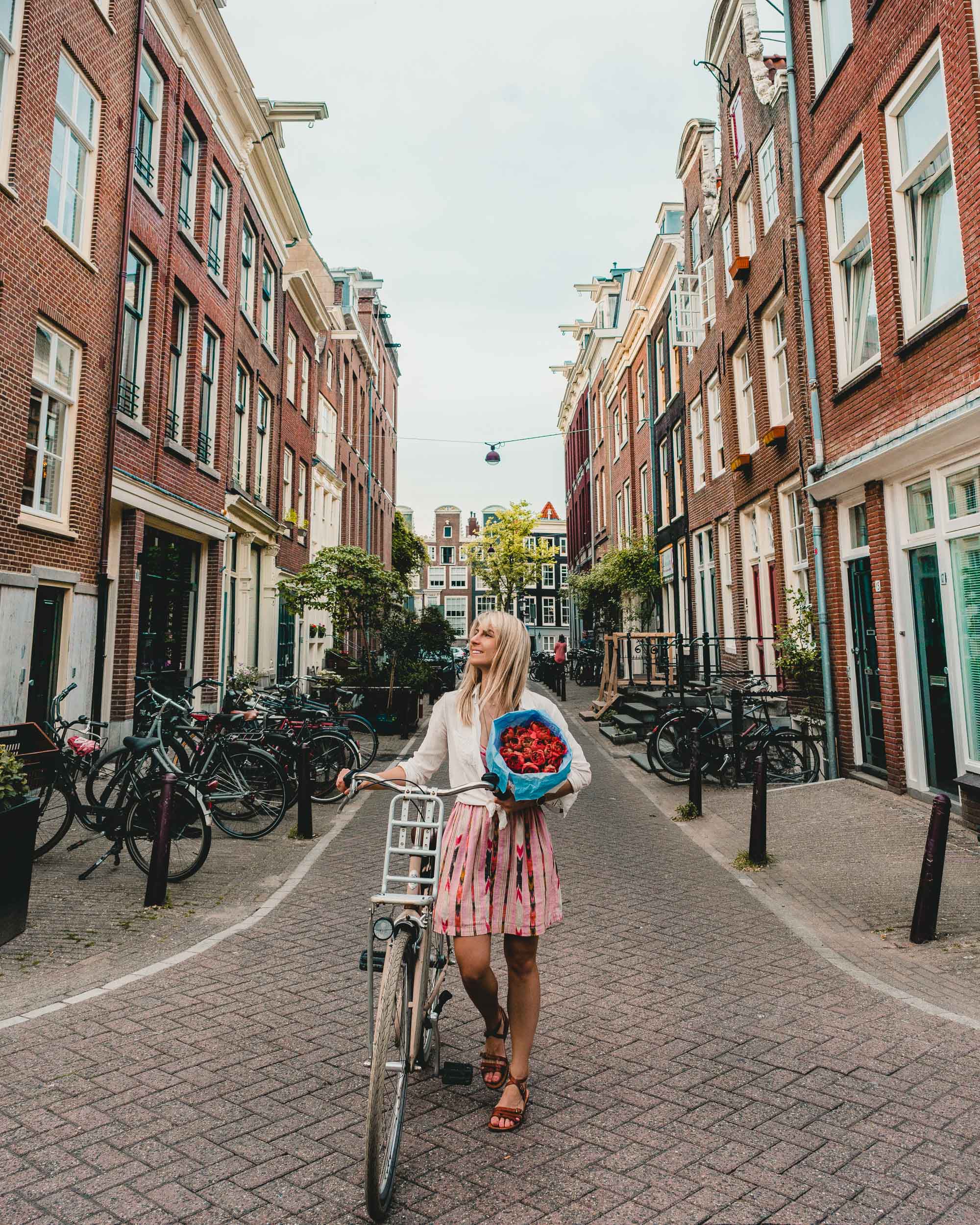 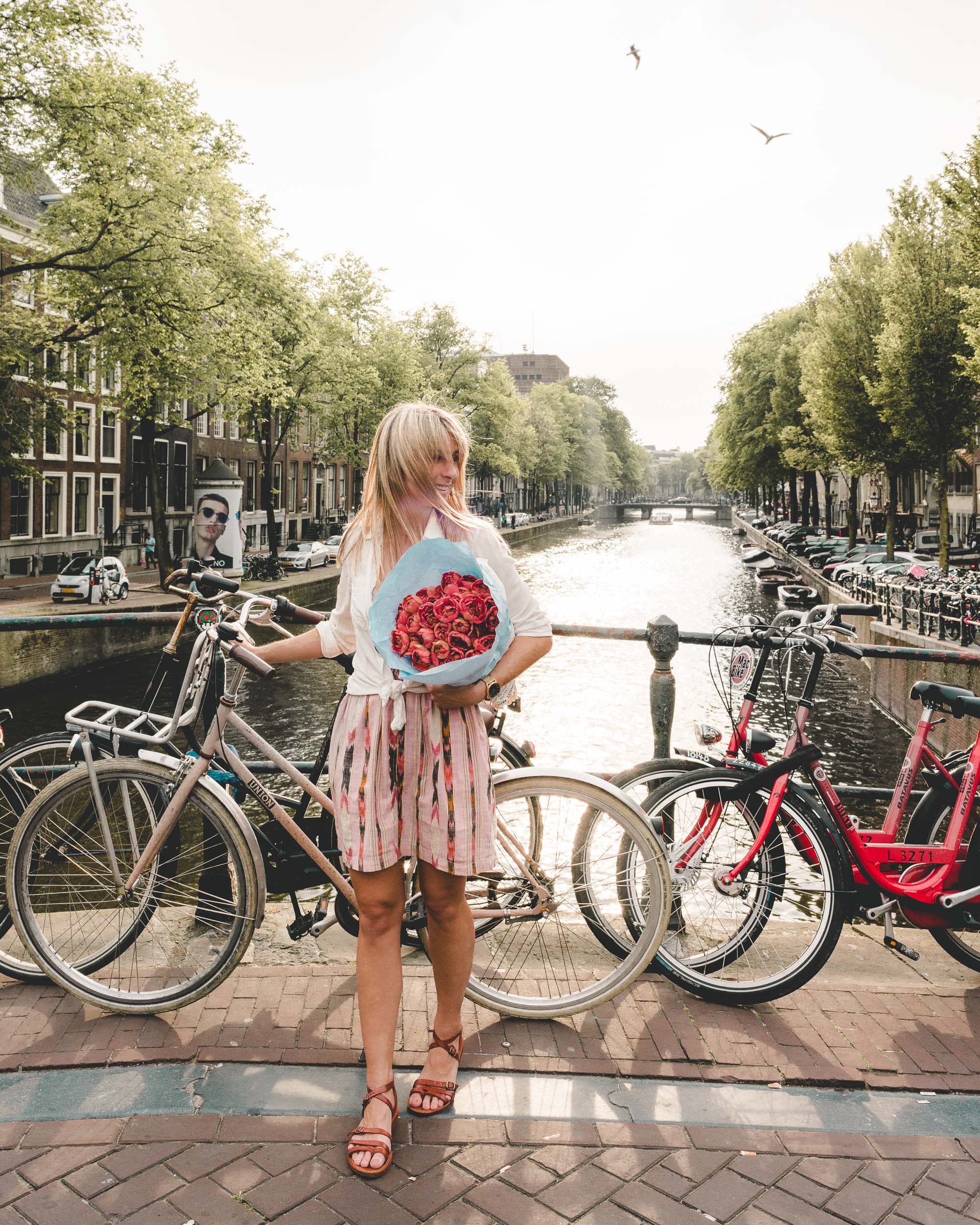 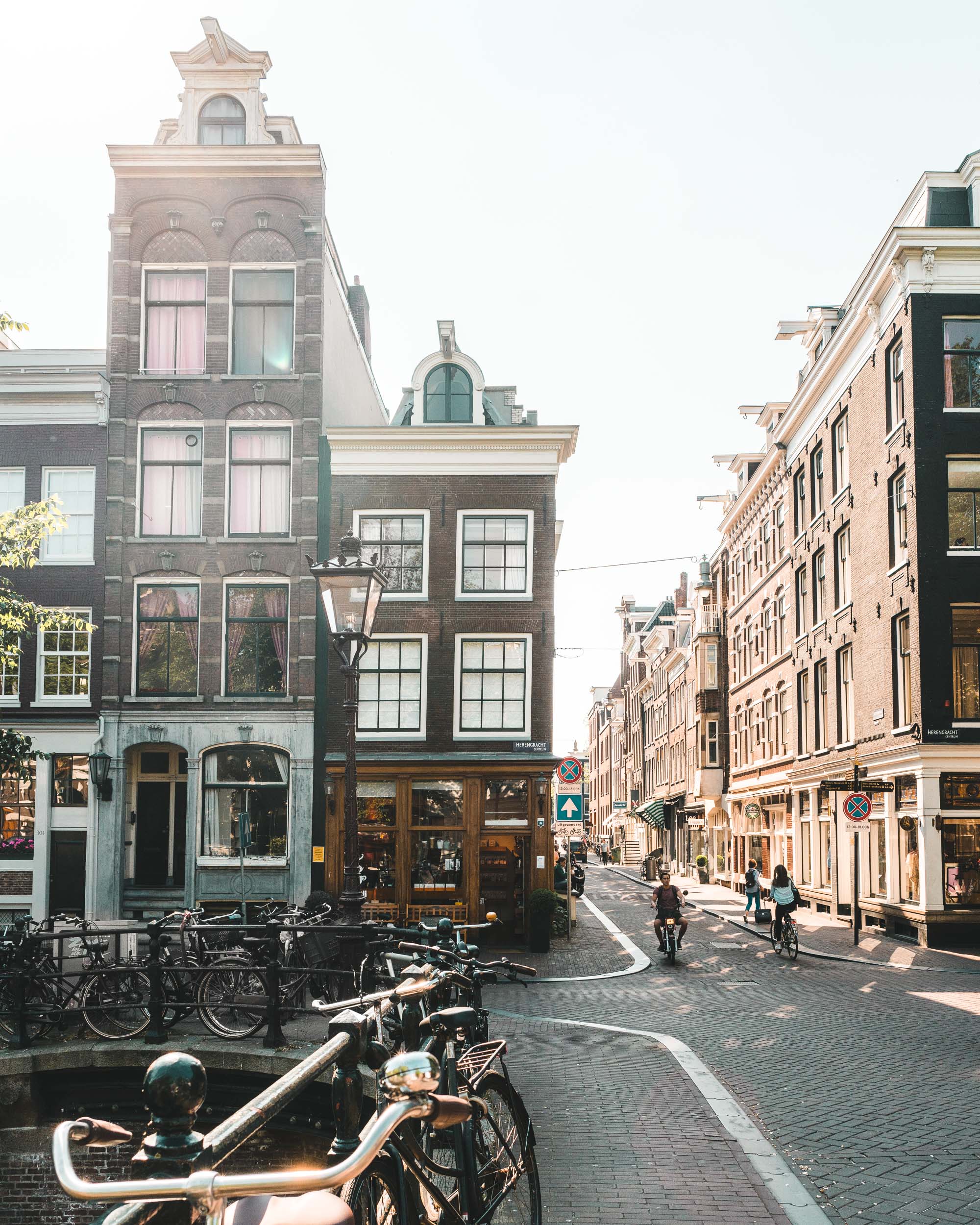 Everyone is friendly (and English-speaking)

Amsterdam is the most international city in the world. Almost everyone you meet in the city center will speak fluent English. The Dutch are known for being both direct and friendly, which means they’re easy to talk to, but will also say what’s on their mind — which I love. It’s not hard to meet other expats in the city. We’ve found that we have a lot in common with people we’ve met here, usually through a love of travel and similar outlook on life.

You can bike anywhere

Before Jacob and I moved to Amsterdam we were living and working in Los Angeles. I spent an average of 3+ hours a day commuting in traffic. We don’t own a car in Amsterdam. Everything in the city center is less than 20 minutes by bike, and we can usually get to our favorite restaurant or cafe in about 5 minutes. I’ve run into friends while biking because the city is so small…that never happened to me while living in Los Angeles!

The canals are charming and romantic

So often we visit cities and find that the most picturesque parts are located in one stretch of the city. That’s just not the case with Amsterdam. The entire city is beautiful and well-maintained. From the canals in the city center, to the parks around the city, to the crooked houses in the south, everything looks like it belongs on a postcard. Most Dutch people who live in Amsterdam will rave about how much they love the city, and that local pride just makes it that much more amazing.

When the weather is good, no one wastes it

The Netherlands is known for being notoriously rainy. Since I love the rain and can also work from home, I don’t mind when the weather isn’t perfect. When the sun comes out though — the city completely changes. Locals will set fold-out chairs and tables outside the canal houses and sip wine until 10pm on the street, boats will fill up the canals, and the Vondelpark will turn into one giant BBQ. (And when the canals freeze over, they make the most of that too!)

Wine is 5 euros or less, my grocery bills are a third of what they used to be in Los Angeles, and there are plenty of affordable places to rent no matter what your budget is. Although the exchange rate hasn’t changed in our favor the past couple of years, I’d take the cost of living here over most other cities any day.

It’s easy to travel to other parts of Europe

This one is key for us. We’re a 30 minute train ride from Amsterdam’s Schipol airport, which has direct flights to all major European cities. We can fly to most major cities in 3 hours or less, which makes it so convenient for us to travel whenever we need to. We can also rent a car and drive to Germany or Belgium in less than 2 hours! It’s what made our impromptu Christmas Market trip possible last year. 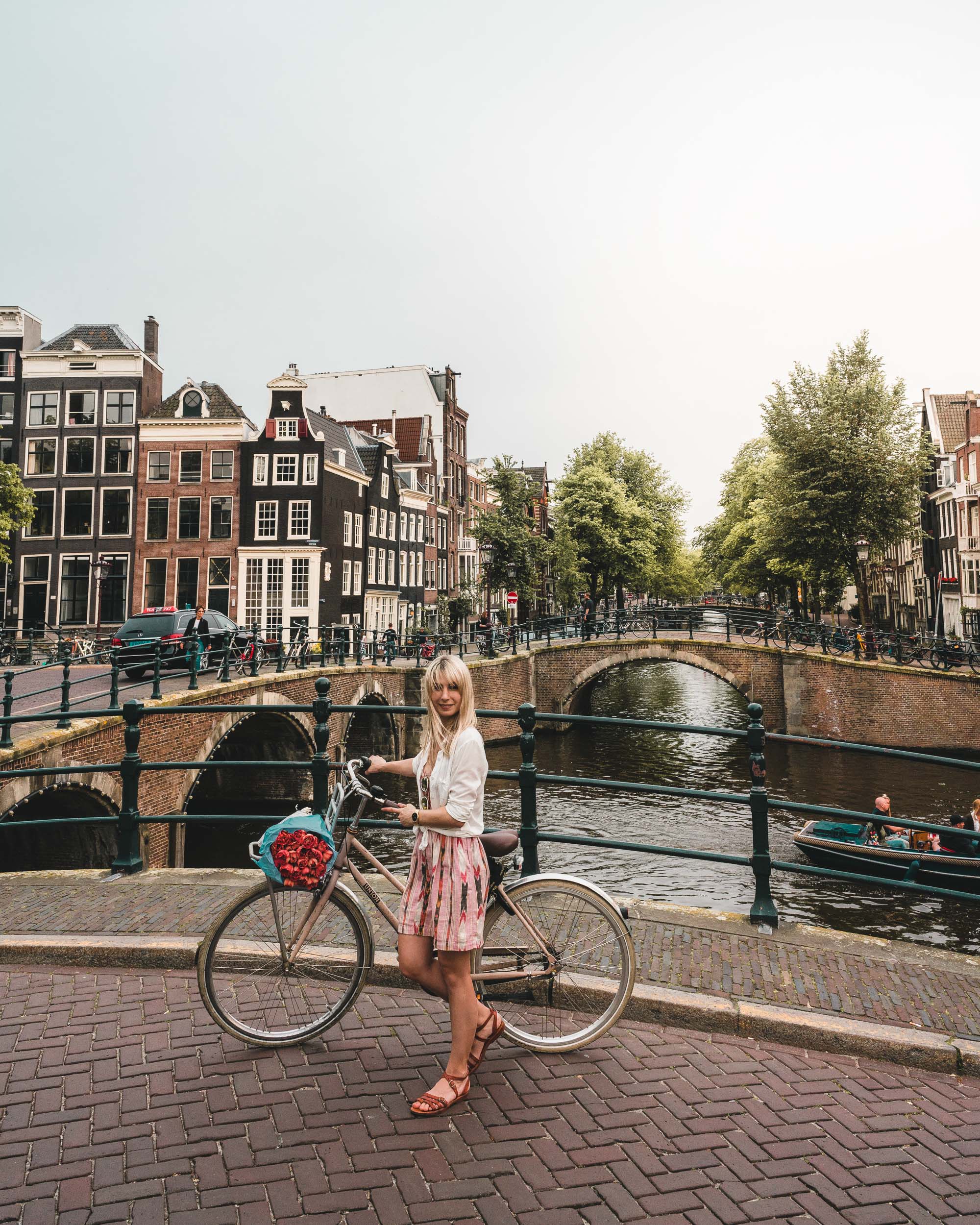 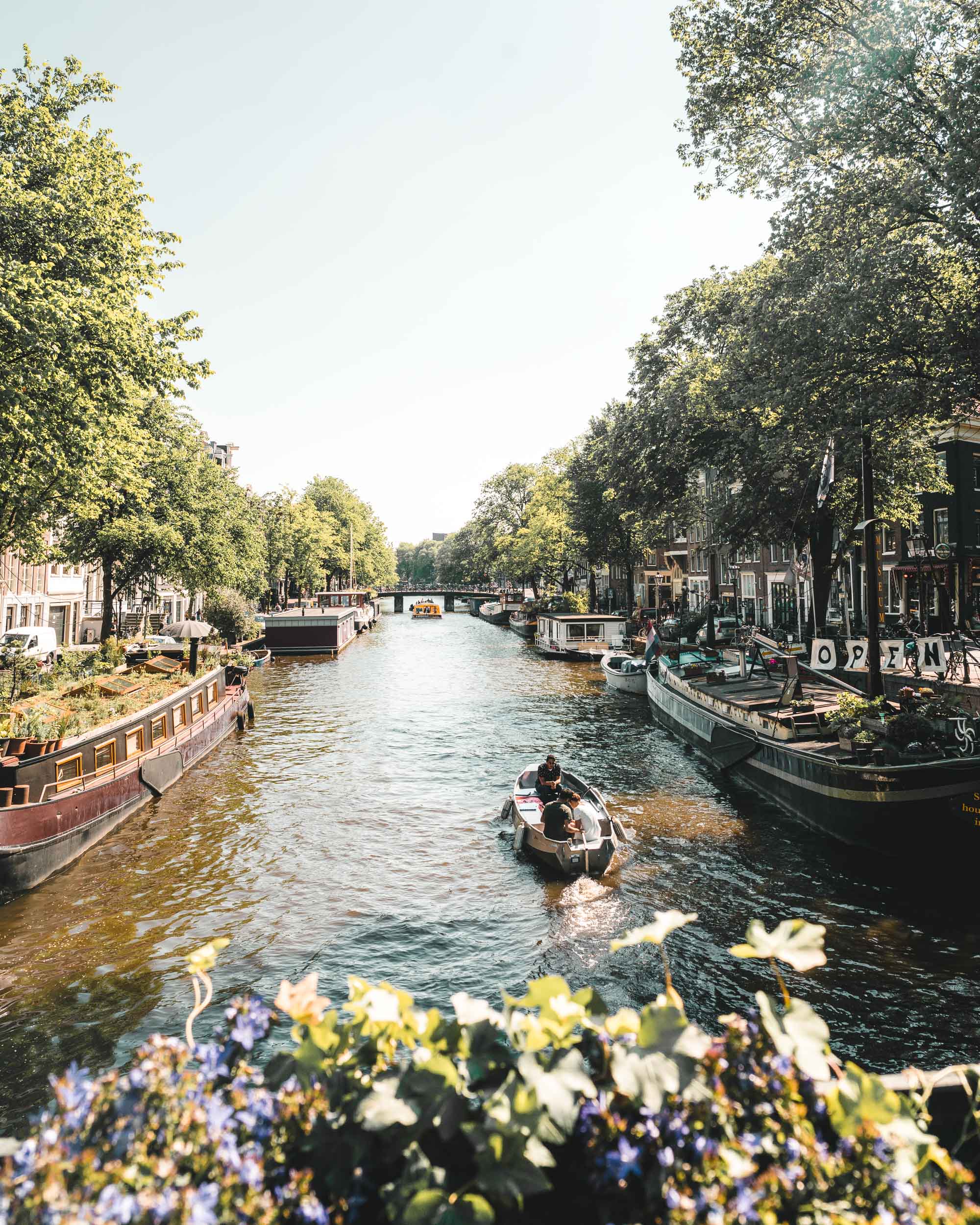 For more of what we love in Amsterdam, check out our Complete Amsterdam Travel Guide for our favorite spots around the city.

Have you considered living abroad? Where would you go? Comment below.

Our Favorite Restaurants in Amsterdam

6 Ways To Save Money And Start Traveling