A Guide To Visiting Sintra Castles in Portugal 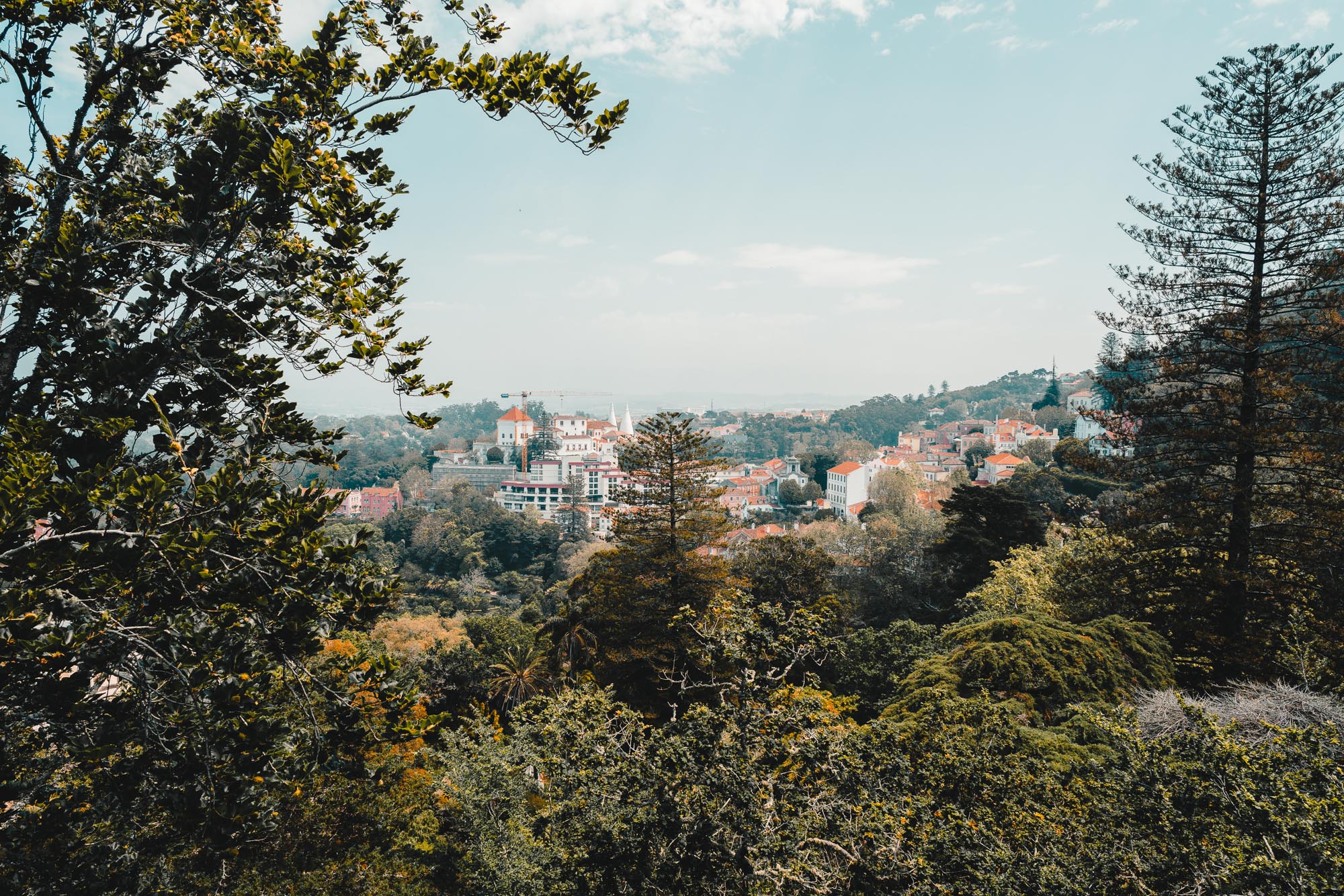 Sintra is an easy day trip from Lisbon and neighboring towns like Cascais. It’s a UNESCO World Heritage site, filled with castles, palaces, and beautiful views of the surrounding area. I’ve visited the region twice now and still have the urge to go back and explore. If you’re planning a trip to Portugal, visiting Sintra is a must! Here’s everything you need to know to plan your visit to Sintra… 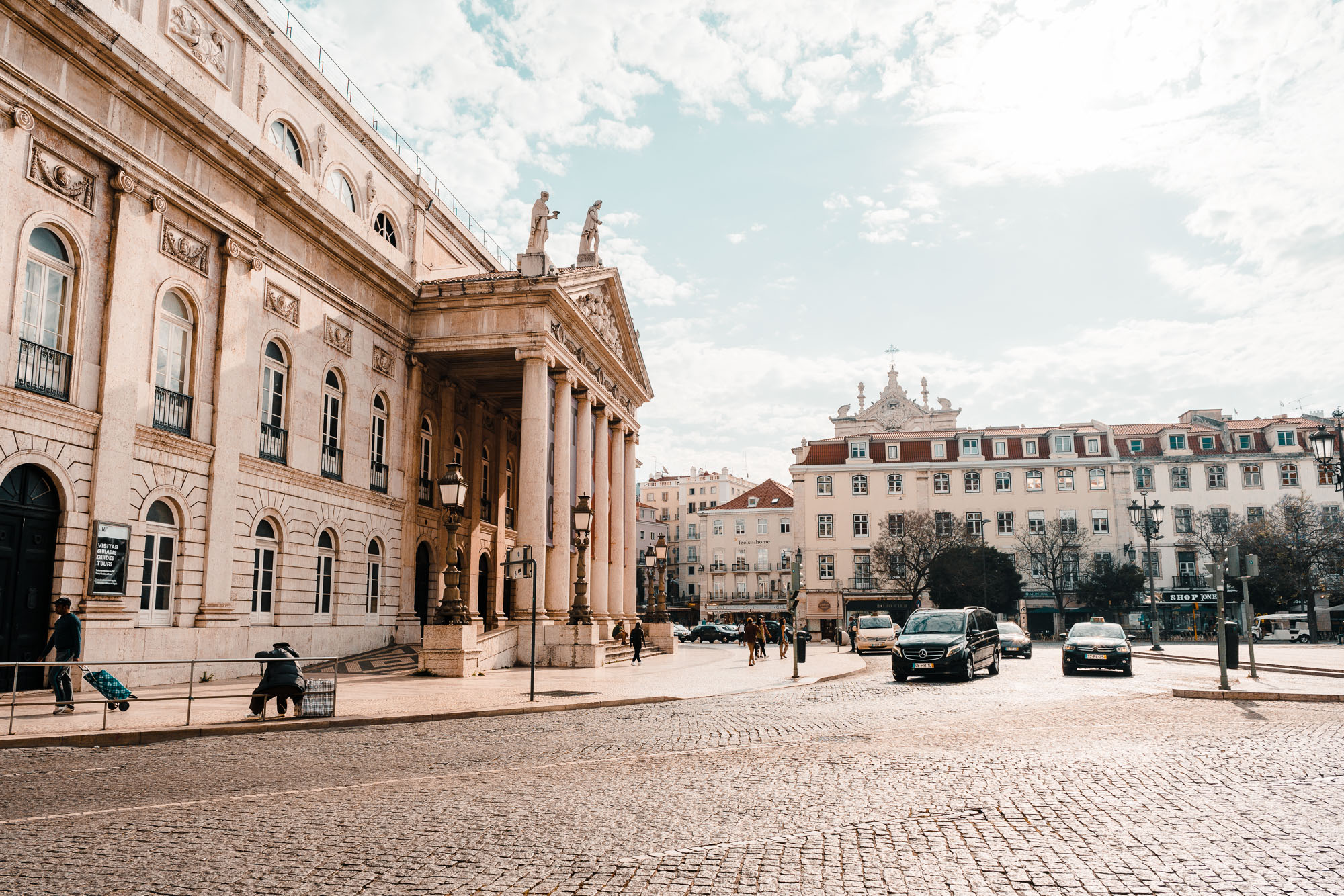 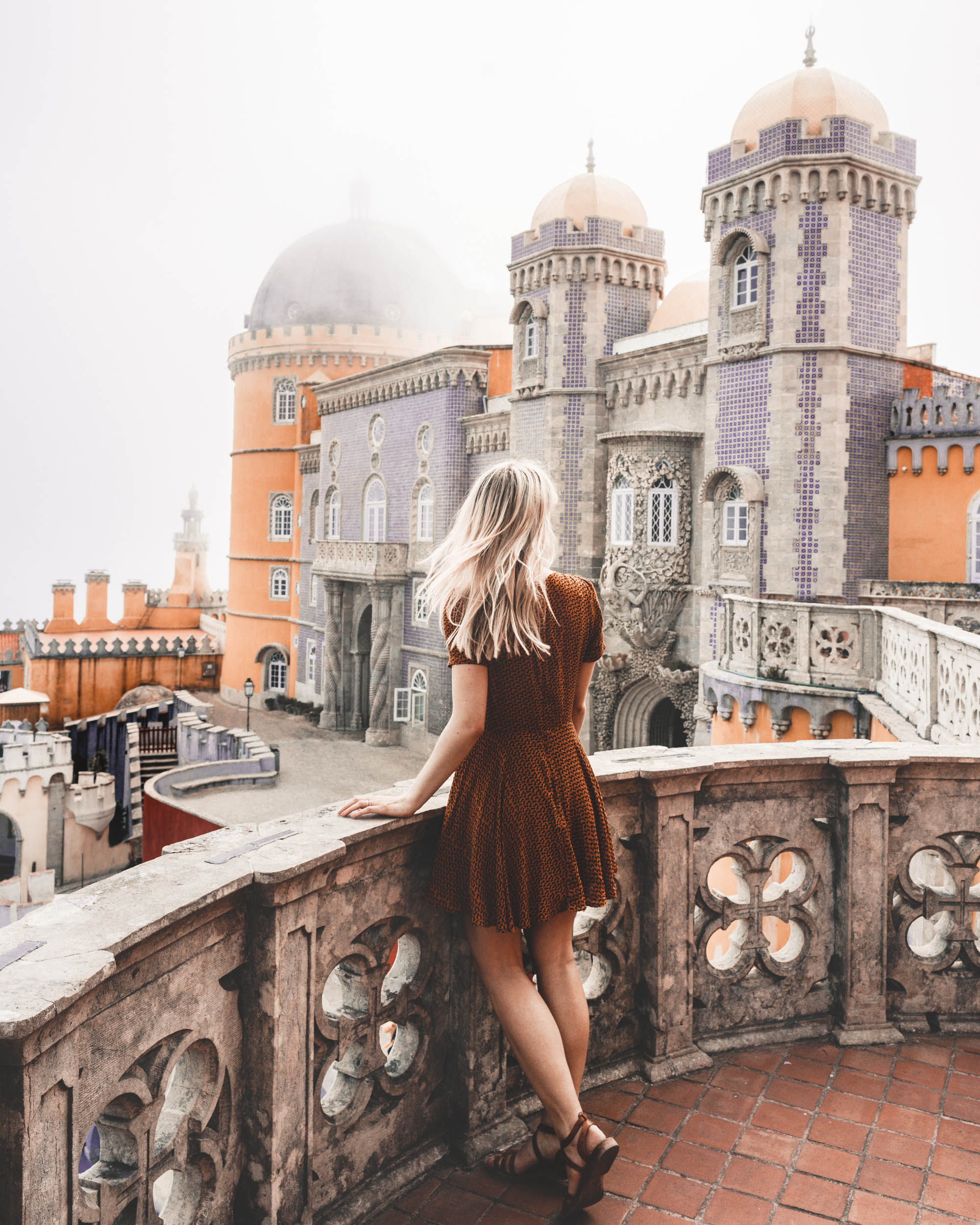 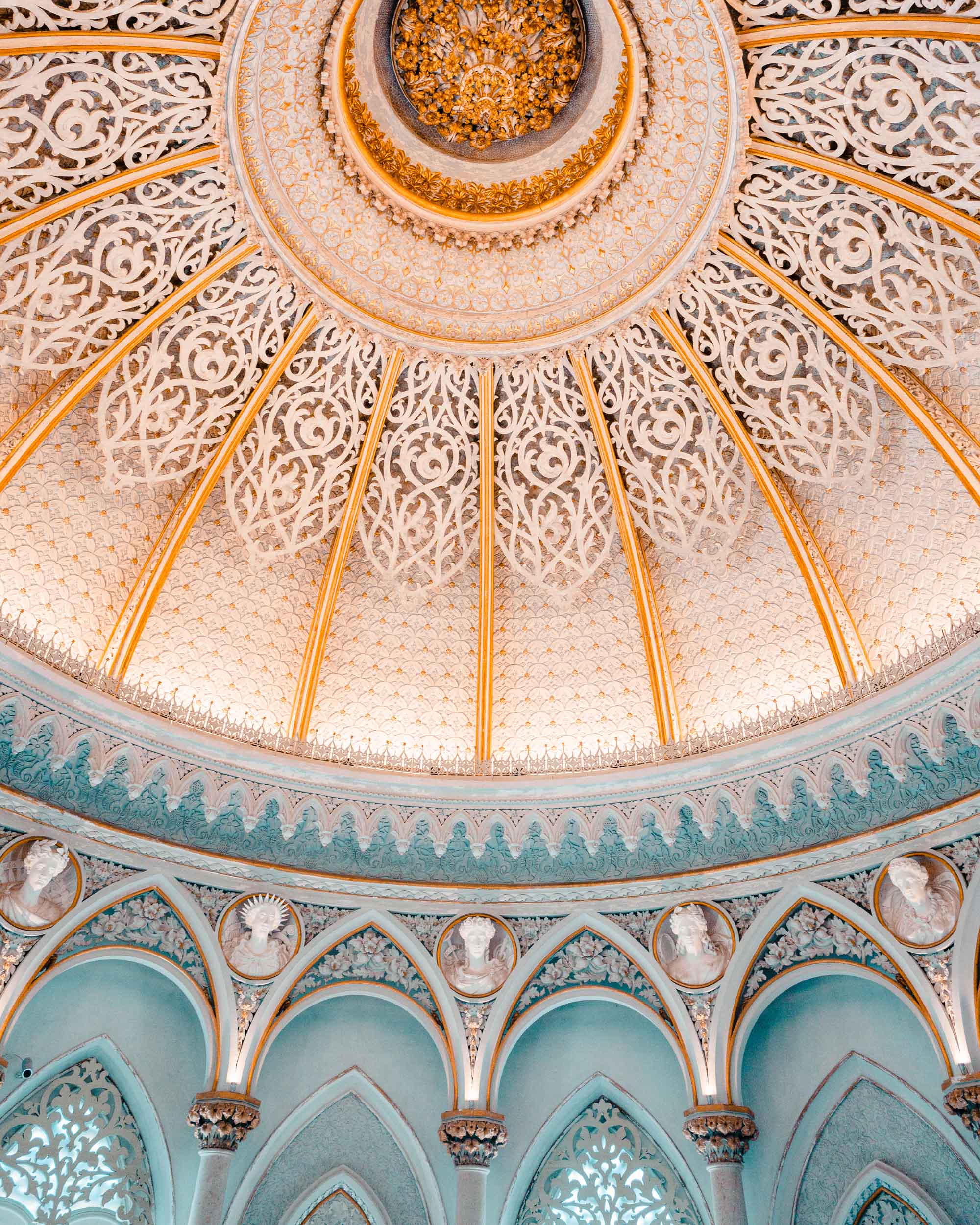 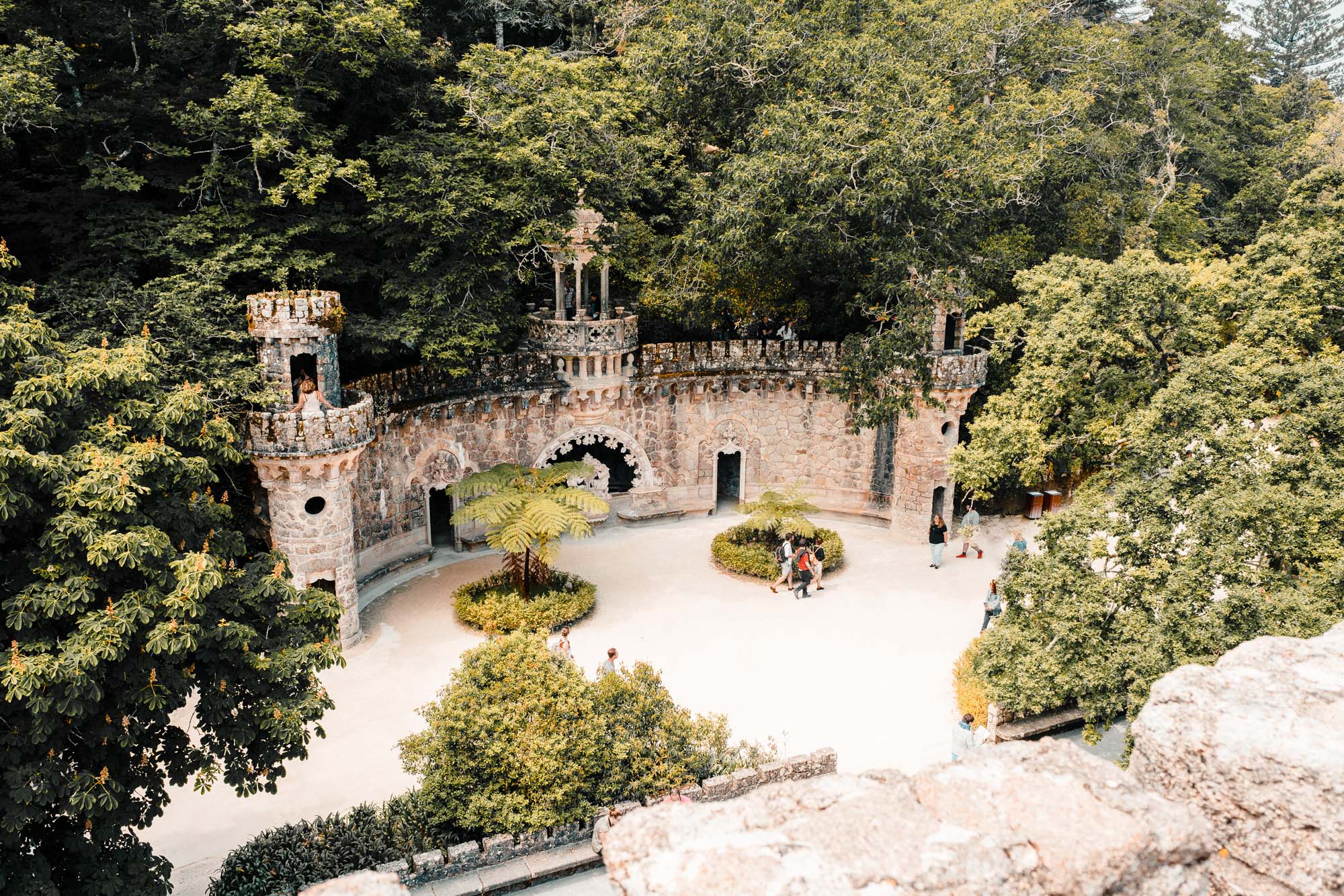 Left to right from top: Rossio Train Station in Lisbon (depart from here for Sintra), a lookout at Pena Palace, the interior detail of Montserrate Palace, the grounds of Quinta Da Regaleira.

Getting around – Regardless of how you get to Sintra, you will be doing a lot of walking there. Make sure to wear shoes that are comfortable.

Weather – it’s often unpredictable. Sometimes it’s hot and sunny, and moments later the fog will roll in and the temperature will drop. I’ve been twice and both times this has happened (on the same day!). Bring sunscreen, water, and a sweater before leaving — even if it’s hot in Lisbon.

Logistics – visiting three castles is realistic if you leave in the morning and stay until the late afternoon, with a break for lunch. If you want to maximize your time (and beat the crowds), get in early and bring a picnic lunch with you.

Tickets – you can purchase tickets in advance at a 5% discount or at the entrance of each castle. Note that if you’re visiting multiple castles, you can usually purchase a discounted package at the ticket booths.

If you’re traveling from Lisbon, I recommend taking the train. It’s a quick journey (40 minutes) and costs €2.25 for a one-way ticket. You’ll depart from Rossio Train Station in Lisbon, and you can buy your tickets there from the ticket counter or an automated machine. The train runs every 30 minutes but you can also check this site for all train times. If you prefer to drive, know that you will be taking narrow mountain roads. Parking is a bit far from the castles (and fills up fast).

There are two buses that run different loops to the castles in Sintra. I recommend deciding which castles you plan on seeing the day before your visit. You can buy the corresponding bus tickets the day you arrive, either on the bus or at the train station.

The buses run approximately every 15 minutes in summer and every 20 minutes in winter. Note that they tend to get busy in summer! You can alternatively walk (important to note the castles are far apart) or take a tuk-tuk (but negotiate your fare). Here’s the breakdown of each bus route:

Pena Palace is the most colorful and well-recognized castle of the group. It’s an example of 19th century Romanticism architecture, and its real attraction is the colorful towers and façades which overlook Sintra. A must-see during any Sintra trip.

Go for: the colorful façades and ornate rooms. Tickets €13.30. 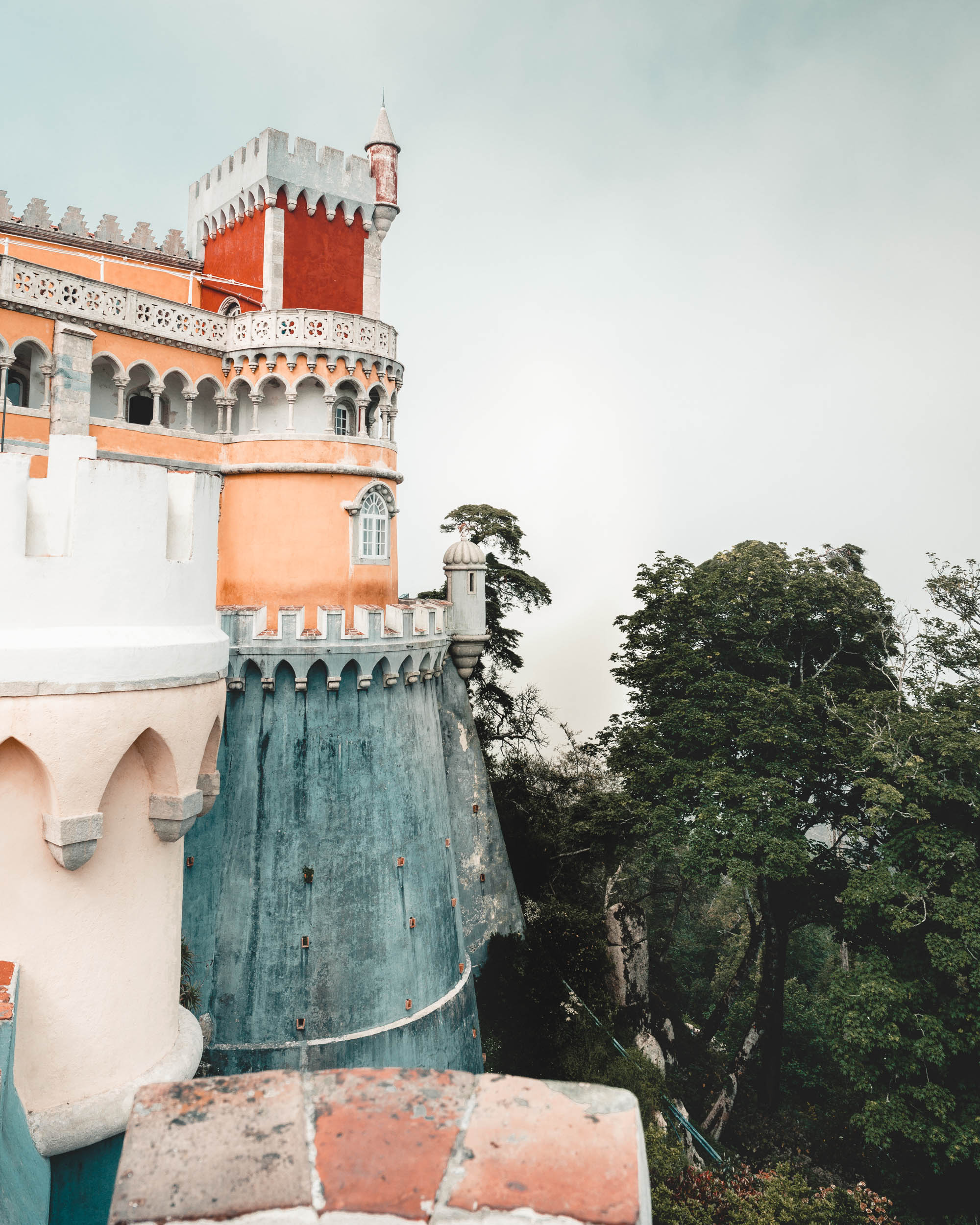 One of the many colorful towers at Pena Palace. 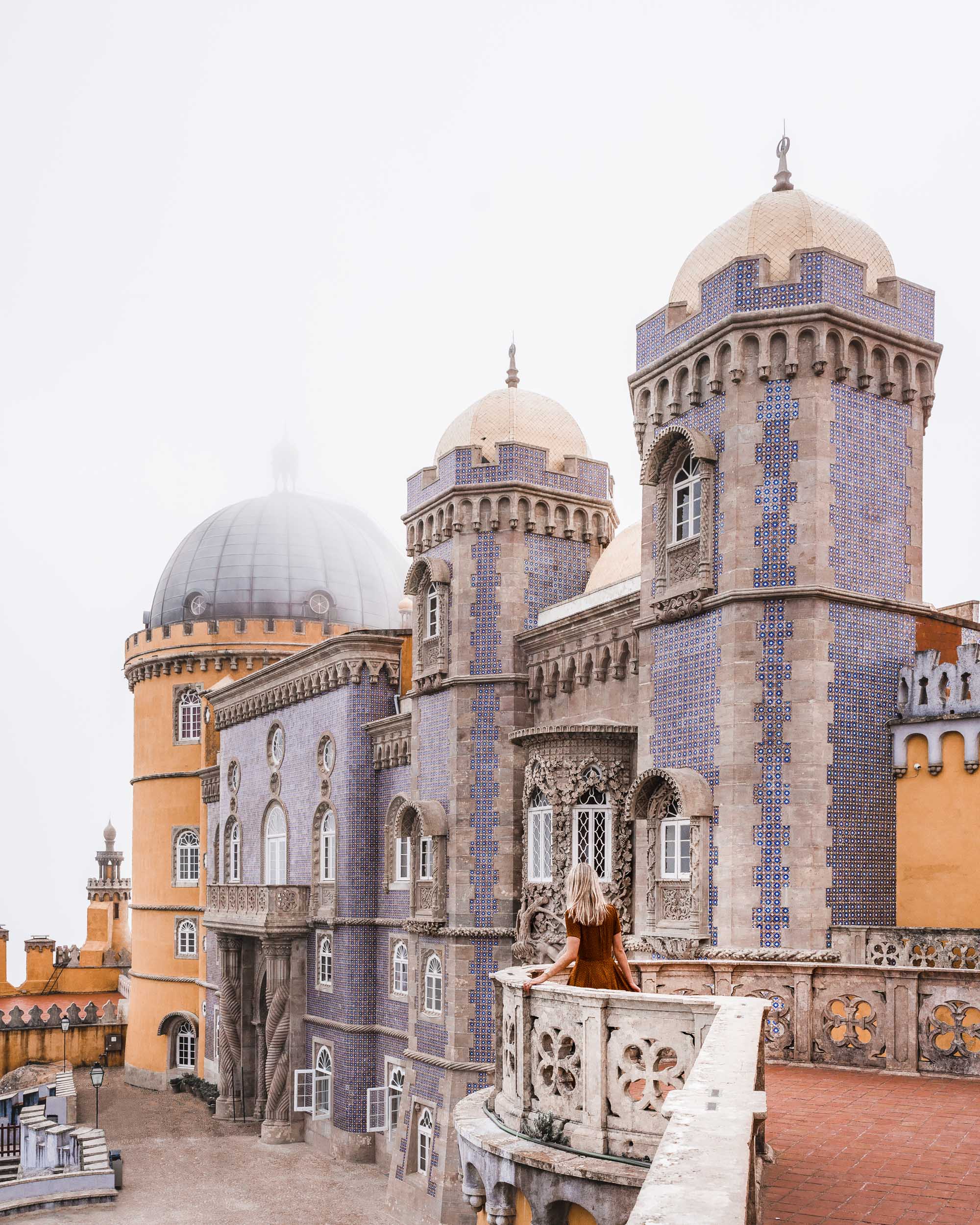 Fog rolling in over Pena Palace.

The Quinta da Regaleira is most known for its incredible gardens, which were designed to mimic secret orders and initiation ceremonies. Here you’ll find hidden tunnels, towers, and passageways. Many of them reference the Knights Templar and ancient Greek symbolism. Easily my favorite stop in Sintra!

Go for: the gardens, which include old passageways and the famous initiation well (as seen below). Tickets €6 in person. 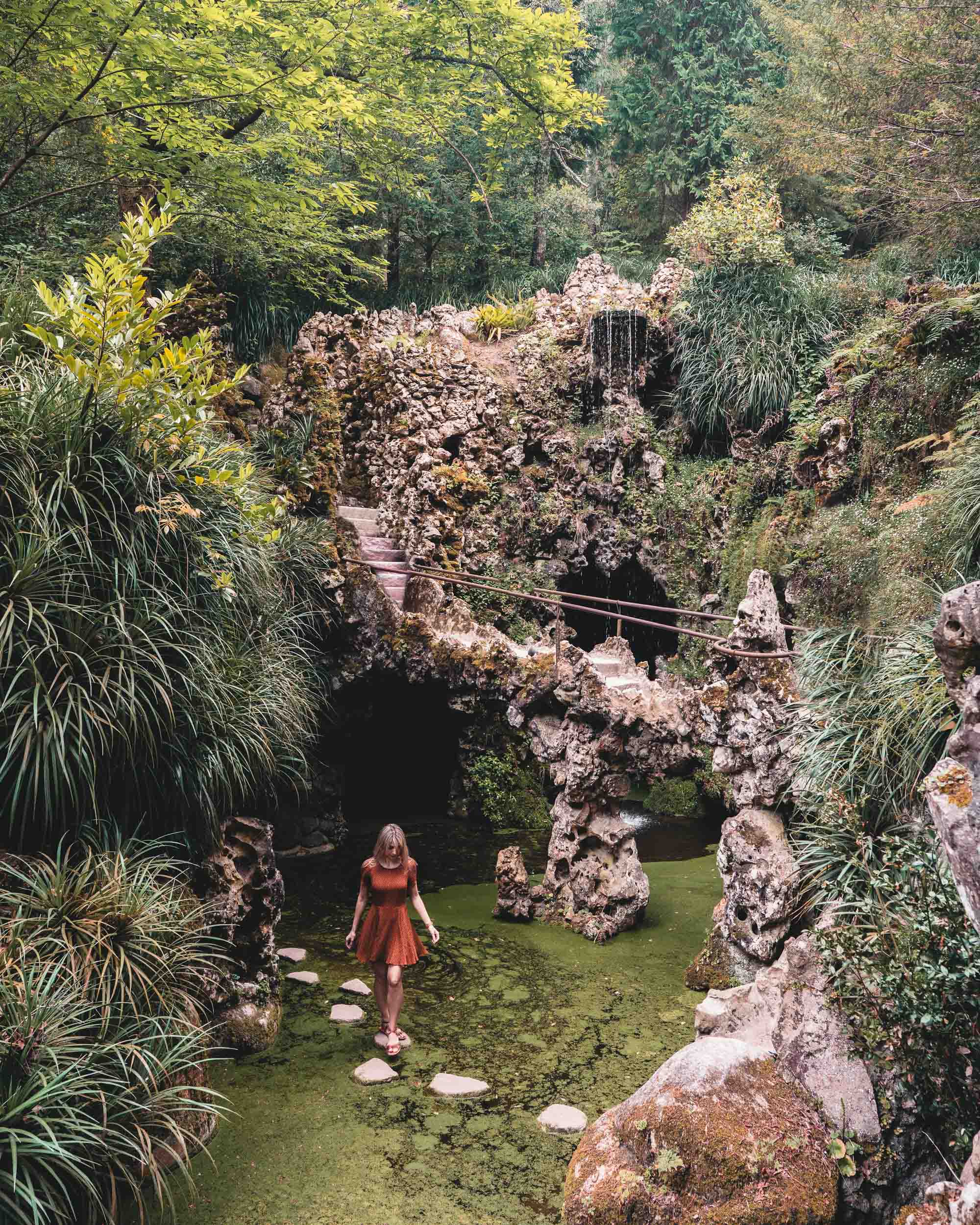 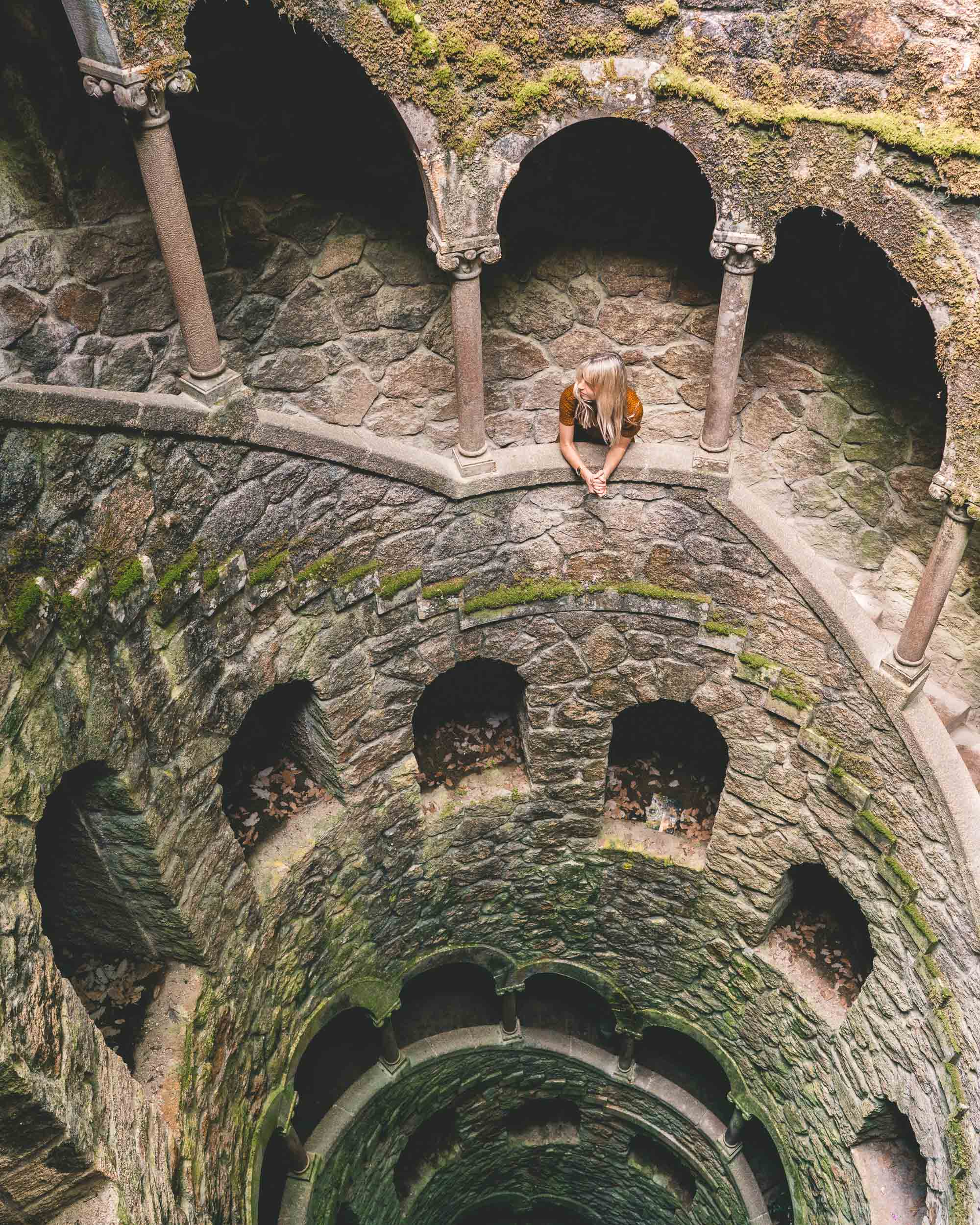 Often overlooked, Montserrate is one of the more unique palaces in the region. It blends a series of gothic, Arabic, and Indian architecture together — though it was commissioned by an Englishman! I loved the views of the rolling hills from this castle, and the intricate designs along the interior and exterior. In general, it’s smaller and less crowded than the other castles.

Go for: peaceful gardens, rolling hills, and a palace that seems to belong in Morocco or India. Tickets €7.60. 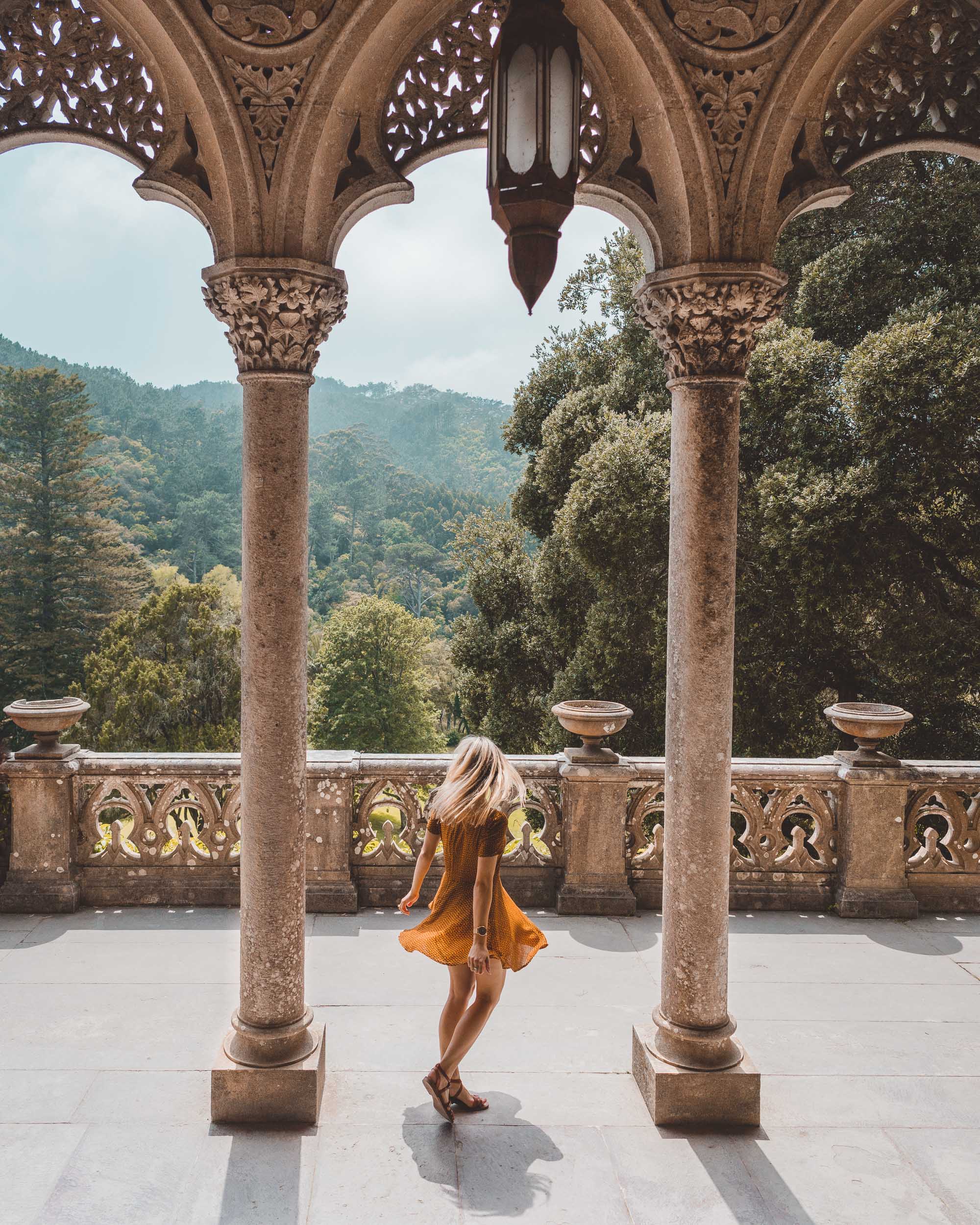 Montserrate Palace looking out into the hills. 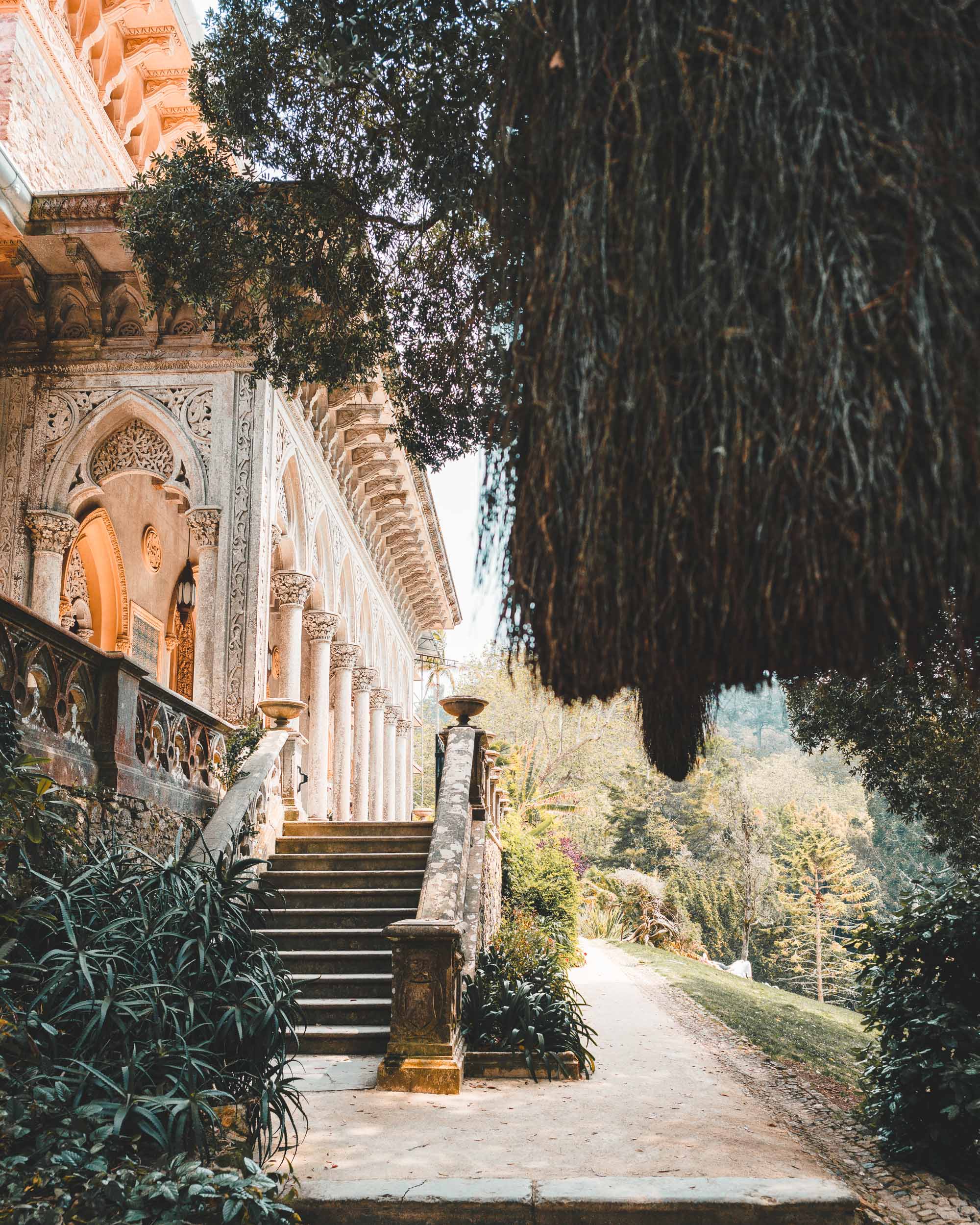 The moroccan-inspired facade of Montserrate Palace.

The Castle of the Moors is perched atop one of the highest hills in the area. It dates back to the 9th century, so unlike the other castles in Sintra, it has deteriorated and left in ruins. You can walk along the crumbling walls and also grab the best views over Sintra from here. Photos on Instagram.

Go for: incredible old castle ruins and views of the region. Tickets €7.60.

The National Palace of Sintra is the most accessible as it’s located in the old town center. The history states that Portugal’s ruling nobility lived here from the 15th to 19th century. Photos on Instagram.

Go for: old palacial rooms, including an old chapel and small garden. Tickets €9.50.

Seteais Palace was originally built in the 18th century, and is now open to the public by day — and by night! For a true experience, you can book a stay in this palace-turned-five-star-hotel, which is conveniently located across the street from Quinta de Regaleira. Definitely on my bucket list. Photos on Instagram.

Go for: the beautiful gardens and elegant interior, plus a once-in-a-lifetime overnight stay. Check out the hotel here.

If you don’t feel like planning your own trip, here are some guided tours I recommend checking out (some of which include skip-the-line access): 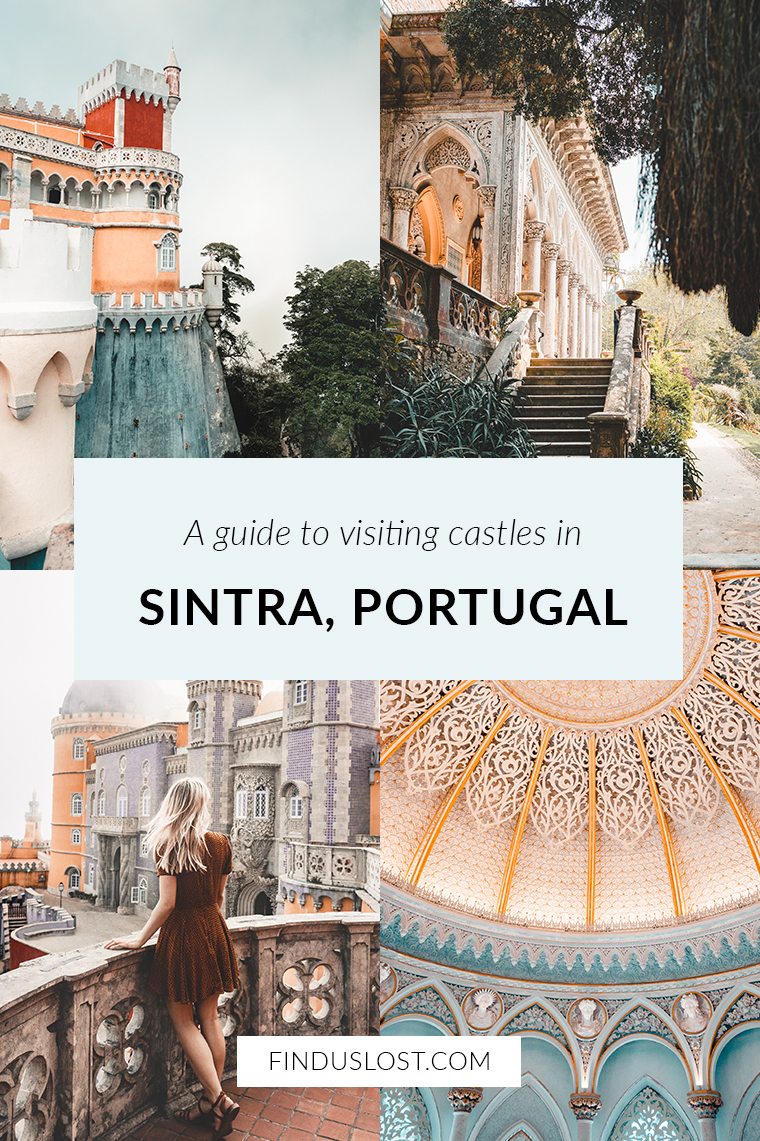 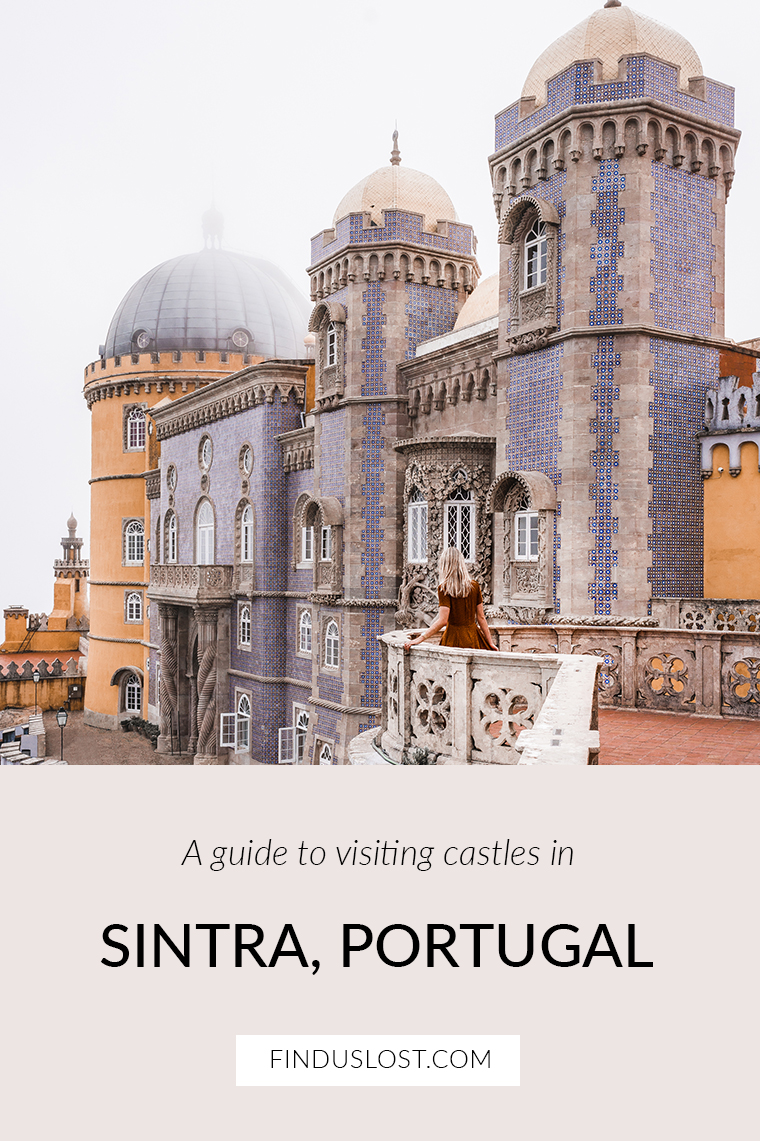 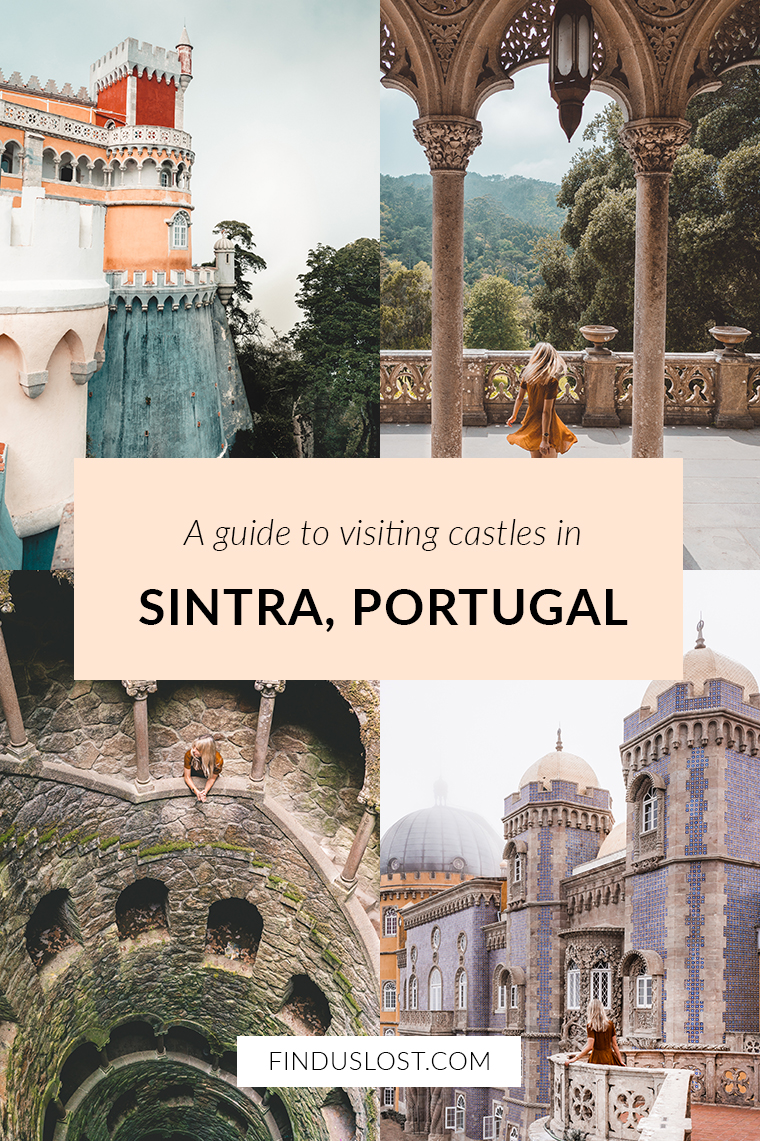 Don’t miss our Weekend Guide to Lisbon if you’re planning a trip to Portugal. To maximize a visit to the castles, consider booking an overnight stay in Sintra!

A Canal Boat Ride in Amsterdam, The Netherlands

6 Reasons I Love Living in Amsterdam

Storfjord Hotel: Cozy luxury in the fjords of Norway